3 News
Media General’s towering presence in the media landscape was felt yet again as its programmes and staff won a combined eight awards at the 9th edition of the Radio and Television Personality (RTP) Awards held on Saturday, October 12.

Top among the awards is News 360, which won the News Programme of the Year, the second time in a row.

Presenter Alfred Ocansey also took home the TV Male Newscaster of the Year the second time in a row.

His co-presenter on News 360, Ayisha Yakubu was also adjudged the TV Discovery of the Year.

Ghana’s Most Beautiful, the beauty reality show on TV3, won the TV Reality Show of the Year while Sports Station, the programme which wraps up the weekend action from the world of sports every Monday at 9:00pm, won the TV Sports Programme of the Year.

Media General’s radio station 3FM was not left out as the 3FM Drive won the Radio Programme of the Year.

Blakk Kobby was the first Media General recipient on the night as he was named the Reggae Show Host of the Year. 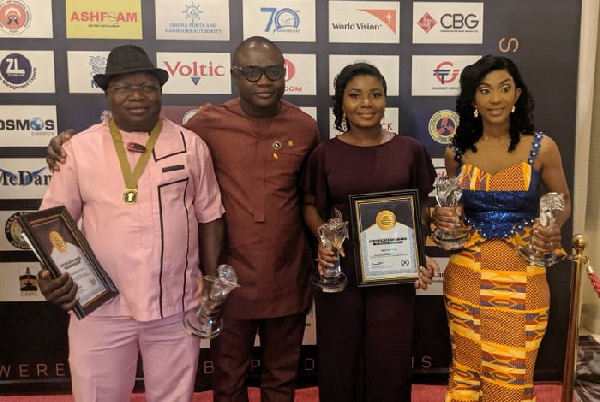 Meet your red carpet host for the 9th RTP awards