All is set for new cooking show Chefs Dairies to be premiered on TV3 on May 29, 2021. The show is part of efforts to project the country’s local dishes internationally and to promote healthy living.

The programme is being organized by Media Track Consult in partnership with the Chefs Association of Ghana and sponsored by the Consolidated Bank Ghana (CBG) with support from Tasty Tom and GTP.

Host of the show is Smart Takyi Nixon, a broadcast journalist by profession and an exceptional Master of Ceremonies based in Accra.

Chefs Dairies TV Show, which airs at 5:30pm on TV3 every Saturday, has come to showcase the versatility of Ghanaian chefs with the ability to transform local menus to modern ones and to experience the style they put in making the local dishes simple, healthy, and trendy.

It will be a 30-minute program which will unearth the qualities of Ghanaian Chefs as they use local ingredients to prepare simple tasty dishes, providing viewers the platform to learn new cooking skills.

The show also seeks to debunk the long-standing perception that chefs in Ghana are only good with continental dishes, as most hotels do not serve local meals. Chefs Diary will therefore introduce some of the best chefs in the country on the show to thrill them with their versatility in cooking local meals.

Target audience cut across adults, youths seeking to pursue cookery vocation, men, and women who are homemakers in the mid-working class and high working class.

Commenting on what motivated the CBG to sponsor the programme, management of the bank said it is convinced that the programme is a well thought-through one, due to the time of its airing, and the nationwide coverage of the media house which will televise it. The banks added that the programme will offer it the opportunity to have brand visibility which will translate into brand affinity, brand endearment, and brand loyalty.

The management further stated that CBG is focused on leveraging on the existence of the large SME market in the country to grow its clientele operating in that space, hence, the partnership with Chefs Dairies will lead to the realisation of that objective as the show appeals more to players in the sector.

The bank reiterated that sponsoring the first episode of the show is just the beginning of a good relationship which will continue in the future, once its expected benefits are derived.

New season of TV3’s Music Music airs on May 1

New season of TV3’s Music Music airs on May 1!

‘The Other Mrs Real’ premieres on TV3 on Tuesday

New Season Of TV3’s Music Music Airs In May 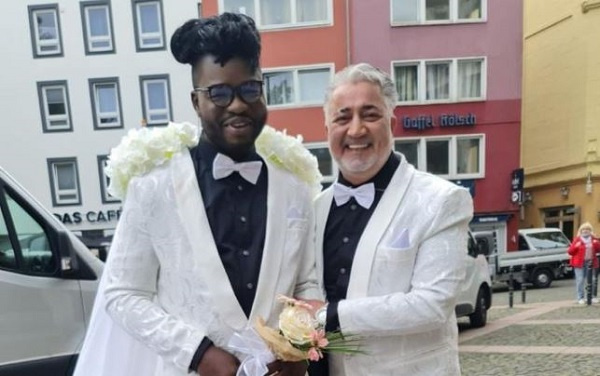