Vice President, Mahamudu Bawumia has donated his three-month salary to the COVID-19 Fund.

The fund was established by President Nana Akufo-Addo to help help cushion  the vulnerable and those who will be worst-hit by the pandemic.

“To support the kind gesture by the President of directing the Controller and Accountant General to pay his April, May and June salaries to Covid-19 Fund, I am donating three months of my salary starting from April to support the fight against Covid-19,” the Vice President tweeted on Saturday.

The President announced the setting up of the fund when he addressed the nation on Friday 27th March, 2020.

President Akufo-Addo also directed that his  three months salary should be paid into the fund.

“I am announcing tonight the establishment of a COVID-19 Fund, to be managed by an independent board of trustees, and chaired by former Chief Justice, Sophia Akuffo, to receive contributions and donations from the public to assist in the welfare of the needy and the vulnerable.

“I have directed the Controller and Accountant General to pay my next three months’ salary, i.e. April, May and June, into this Fund,” he said.

One person who tested positive is among those under mandatory quarantine while the three other cases were confirmed within the general population.

Meanwhile, one new patient has been confirmed dead, raising the death toll to five.

None of the persons who tested positive under mandatory quarantine has died from the disease.

In a bid to stop the disease from affecting more people, President Akufo-Addo announced a partial lockdown of Accra, Kumasi and Tema beginning Monday, March 30, 2020.

The lockdown will be in place for two weeks subject to review by government. 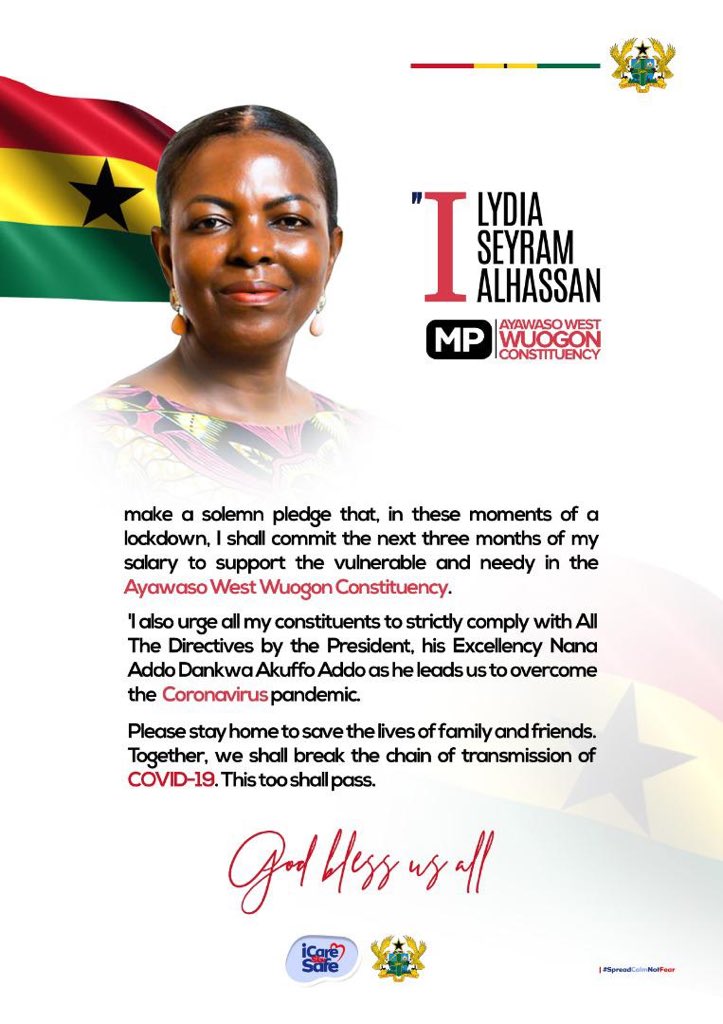