Management of the Social Security and National Insurance Trust (SSNIT) has held a meeting with stakeholders to sensitise them on the merger of SSNIT numbers with the NIA numbers of Members of the Scheme.

The intended merger is expected to improve the ease of doing business with the Trust by enabling a convenient means to allow Members to use one card, that is the Ghana Card, for all transactions.

The merger is also in compliance with Regulation 7 (1) of the National Identity Register Regulations, 2012, L.I. 2111 and a directive from the National Pensions Regulatory Authority (NPRA).

The regulation, among other things, requires the use of the Ghana Card as a means of identification for “transactions pertaining to individuals in respect of pensions”. 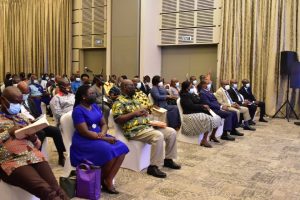 The event, held today in Accra, was to solicit input from stakeholders for smooth implementation of the provision in L.I. 211.
Speaking at the event, the Minister for Employment and Labour Relations, Hon. Ignatius Baffour Awuah, commended the Management of SSNIT for bringing together players in the pension industry to ensure a successful exercise.

He noted that such a tripartite approach is the way institutions should go in promoting industrial harmony.

“When organisations engage stakeholders before the introduction of new programmes or initiatives, it reduces anxiety and suspicion from them. This is particularly important in circumstances where the relationship between employers, labour and SSNIT has not always been exactly cordial”.

“After the merger is done, I am optimistic it will bring down further the average 10 working days it takes for SSNIT to process and pay benefits to retirees”, he noted. 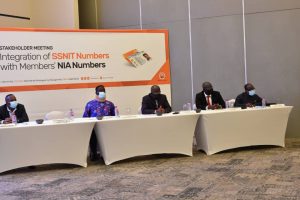 On his part, the Director-General of SSNIT, Dr. John Ofori-Tenkorang, said the Trust will create avenues for people to have the merger done on their phones by dialling a short code or USSD and also the SSNIT website.

However, those who cannot use any of these methods can also walk in to any SSNIT office to be assisted to merge their numbers.

He noted that after the merger has been completed, Members can use their Ghana Cards to transact business with the Trust.
“The plan is that from 2022, the Ghana Card will be the only accepted means of identification required for Members to transact business with SSNIT and we believe that with your support and partnership, we can definitely achieve this goal”, he said.

Dr. Ofori-Tenkorang hinted that from July 2021, new joiners will be required to have Ghana Card before joining the SSNIT Scheme.

The Trust has also outlined a number of stakeholder engagements this year. These engagements are expected to ensure continuous dialogue with stakeholders and strengthen the partnership that exists between them and the Trust.

In his remarks, the General Secretary of the Trades Union Congress (TUC) Dr. Anthony Yaw Baah commended Dr. John Ofori-Tenkorang for the level of openness and inclusiveness with which he is managing the Scheme.

He assured Management of his outfit’s readiness to partner SSNIT to enrol members of the Ghana Private Road Transport Union (GPRTU) and other informal sector worker groups onto the SSNIT Pension Scheme.

The Director-General of SSNIT said the implementation of the merger will mean will improve the ease of doing business with the Trust and bring convenience to Members.

He said new joiners must provide their Ghana Card Number to enrol onto the SSNIT Scheme.

Employers and the self-employed can only pay contributions using the NIA Numbers, he said.

Members will be required to provide their Ghana Card Number to access their Statements of Accounts, according to him.

The Social Security and National Insurance Trust is a statutory public Trust with the mandate of administering the First Tier Basic National Social Security Pension Scheme under the National Pensions Act 2008 (Act 766).

SSNIT is charged with the responsibility of replacing part of lost income to its contributors and their dependants due to old age, invalidity, emigration or death.

The pension a Member enjoys under the First Tier Scheme is dependent on the Basic Salary (on which contributions were made) and the number of months one has contributed to the Scheme. 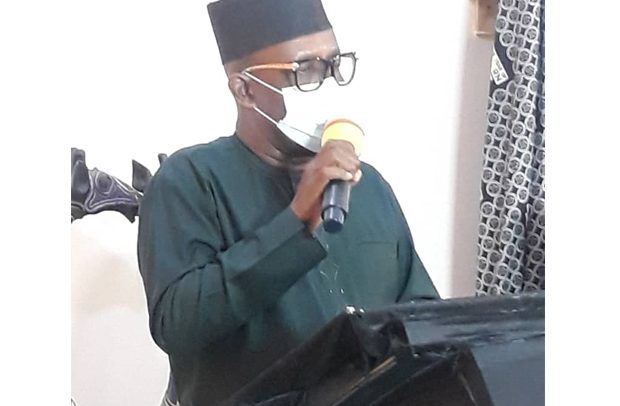 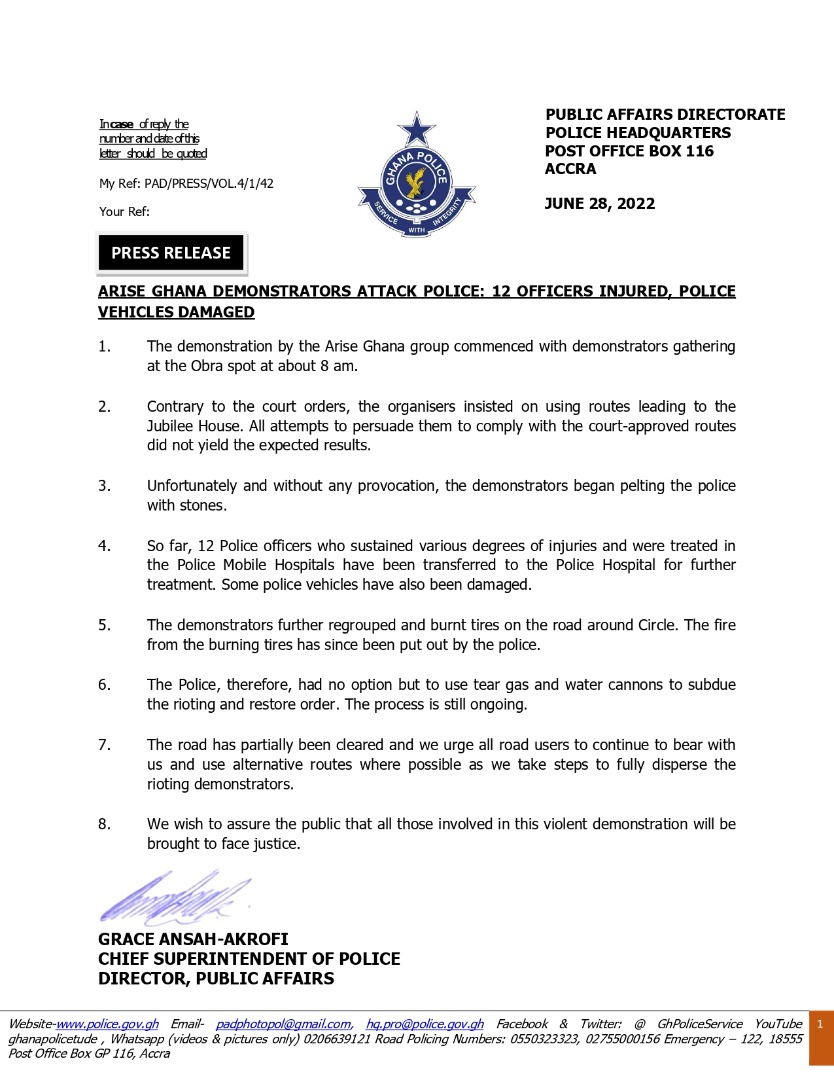