The Commission on Human Rights and Administrative Justice (CHRAJ), is no longer investigating the Chief Justice, Kwasi Anin-Yeboah, as demanded by Pro – NDC pressure group, Alliance for Social Equity and Public Accountability, ASEPA.

According to CHRAJ, it took such a discretionary action because it realized that the group had also petitioned the presidency over the same issue.

“Since the matter is pending in the appropriate constitutional forum, the commission, in the exercise of its discretion under Section 13 of Act 456, hereby ceases to investigate the complaint any further as the invocation of the Article 456 proceedings has effectively taken the matter out of the forum of the commission,” CHRAJ said in a letter addressed to ASEPA.

ASEPA petitioned CHRAJ on July 12, 2021, asking the commission to investigate allegations of bribery and corruption against the Chief Justice under Article 218(a) and (e) of the 1992 Constitution.

“Whilst the Commission was conducting preliminary investigations into the instant complaint, it was brought to its attention that the complainant [ASEPA] has also petitioned the President of the Republic under Article 146 of the 1992 Constitution for the removal of the Respondent as Chief Justice, grounding the petition on the same allegations of bribery and corruption. The said petition was submitted to the Office of the President on the 13th of July 2021, a day after the instant complaint was lodged with the commission.”

CHRAJ, in the letter signed by its Commissioner, Joseph Whittal, said because the group was seeking the removal of the Chief Justice from office, the appropriate forum for such demands to be met is the Presidency.

“Whilst it may be conceded that the complainant in the instant matter before the commission did not claim, as a specific relief, the removal of the respondent, it is discernible from its invocation of Article 146 that, that is the ultimate destination of the complainant. The procedure for the removal of a Chief Justice having been specifically provided for in Article 146, it is our considered view that the provisions of the said article take precedence over the general provisions of Article 218,” the commission noted.

CHRAJ further defended its action for refusing to probe the Chief Justice, saying, the law governing its work gives it the discretionary power to decide what to do when confronted with situations like this.

“Section 13(1) gives discretion to the Commission when confronted with a situation such as this, where there is provision of law, as set out in Article 146 to deal with matters of this nature, and the complainant has taken advantage of it as evidenced by its petition to the President under the said Article, to refuse to investigate the matter.”

ASEPA petitioned the President in July 2021 to initiate an impeachment process against Chief Justice Kwasi Anin-Yeboah, following bribery allegations made against him by a Kumasi-based lawyer, Akwasi Afrifa.

The bribery allegations against the Chief Justice were contained in a response Mr. Afrifa, a lawyer, gave in a petition filed against him by his client, Ogyeedom Kwesi Atta IV at the disciplinary committee of the General Legal Council.

Ogyeedom IV dragged Mr. Afrifa to the GLC, alleging that the lawyer collected $100,000 from him with a promise to help get a favorable judgment on his behalf.

Ogyeedom Atta IV asked the Council to order Mr. Afrifa to refund the $100,000, saying the lawyer failed to deliver on his promise.

In a response dated July 8, 2021, Mr. Afrifa denied the claims by Ogyeedom Kwesi Atta, further alleging that he was asked to refund $300,000 in legal fees to enable his client to raise a $5 million bribe to be paid to the Chief Justice to get a favorable decision in the legal dispute.

Justice Anin-Yeboah has already denied the bribery allegations made against him.

The President subsequently referred the petition to the Council of State. The Council on Friday, August 20, 2021, presented its report to the President.

President Nana Addo Dankwa Akufo-Addo on his part said he will study the report and announce his decision to the public.

“I will apprise you [Council of State] of my findings on the matter. I am hoping that my consultation will establish that there is unanimity between you and me on this matter before we can go on.” 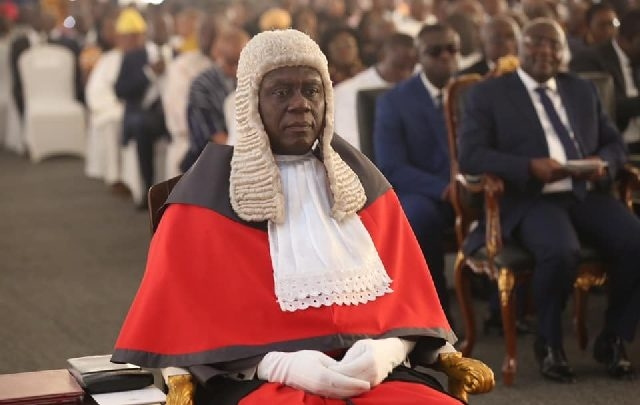 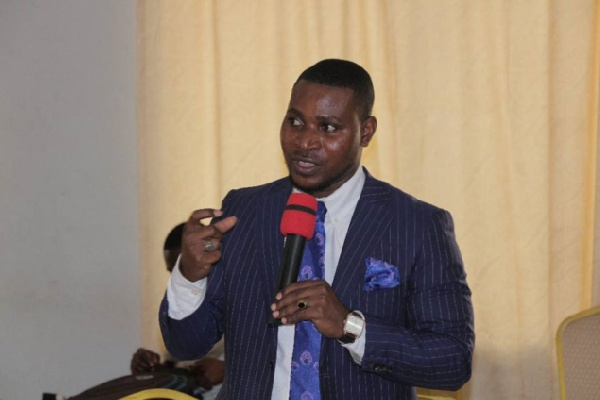 $5m CJ bribery saga: ASEPA to go back to CHRAJ 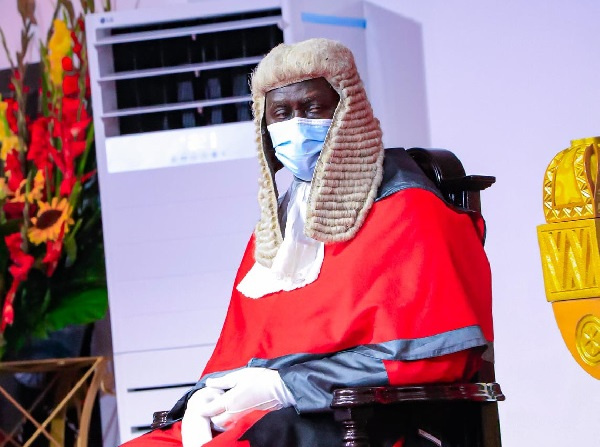 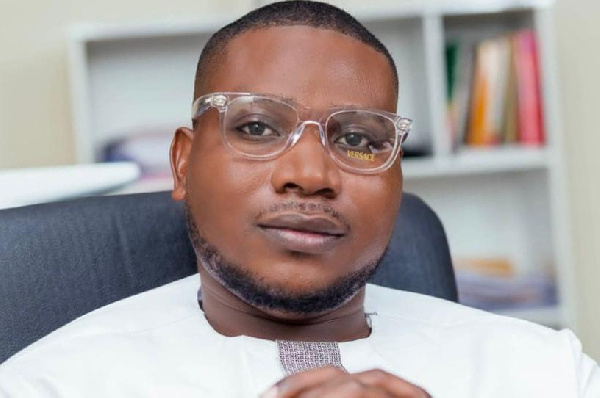