Ghana has reiterated that the COVID-19 is another major test of the resolve of the African Union (AU) and its Member States to advance development in the continent.

A statement issued by the Ministry of Foreign Affairs and Regional Integration, which was made available to the Ghana News Agency, said while dealing with the pandemic, Africa could not defer urgent action on plans and programmes that would advance continental trade and development; adding that “it is therefore, only through our collective efforts and resilience that we can position Africa in the right place among the comity of nations”.

It said the AU commenced this year with an ambitious theme: “Silencing The Guns: Creating Conducive Conditions for Africa’s Development”.

“The Union has maintained this theme for the past three years. It is a reflection of Africa’s determination to end all wars, civil conflicts, gender-based violence and prevent genocide in the continent by the end of 2020,” the statement said.

“At the dawn of this millennium and in the wake of post-Cold War geo-political realities, Africa, has survived the unbearable proxy wars of major global powers which have made African conflicts much more lethal due to the arms and ammunitions dumped on the continent.”

It said, however, arising from a plethora of causes of which at the very heart were issues of governance, African conflicts have seriously undermined and challenged the continent’s socio-economic development, leaving in its wake, high incidence of poverty, disease and illiteracy in the continent, and a yawning development gap between Africa and other continents.

It recalled that the United Nations Security Council in February 2019, passed Resolution 2457(2019) to endorse the AU’s initiative to end violent conflicts in Africa.

It said the Resolution reaffirmed the need to address the multidimensional nature of peace and security challenges facing African countries emerging from conflict.

The statement said the Resolution further highlighted the importance of a comprehensive and integrated approach for peace building and sustainable peace, with a view to preventing countries emerging from conflict from relapsing into more violence.

It said to tip the scales on the old order of civil strife and insecurity, contemporary African leaders were deploying targeted efforts to put the continent on an enviable pedestal of economic growth and prosperity.

“The Africa Continental Free Trade Agreement (AfCFTA) is one of such efforts by African leaders,” it said.

“The enhanced trade relations and growth from this initiative is estimated by the United Nations Economic Commission for Africa (UNECA) to be about 52 per cent percent over current levels.”

It said such a tremendous growth in economic activity, if fairly distributed across the continent, would greatly enhance employment and commercial opportunities.

Adding that it would also, pool idle youthful hands available to disgruntled and belligerent warlords for conflict for productive ventures.

It said this clear and pragmatic roadmap to leapfrog Africa onto a deserving path to Silence the Guns has regrettably been impacted by the emergence of the incapacitating COVID 19 pandemic.

It said the novel viral disease has devastated the world’s most robust economies and heightened uncertainty amongst the investor community.

It said despite the relatively lower morbidity among Africa’s victims, their economies, still very reliant on foreign aid and in-flows, have taken a disproportionate hit.

It said thus, the impact of the disease on African economies had been very disruptive.

It said several countries in Africa – Ghana inclusive – have had their economic targets and ratings revised.

The statement said this bleak outlook notwithstanding, Africa was optimistic of riding the storm and coming out successfully from the pandemic, with as minimal damage as possible.

It said nonetheless, the unprecedented effects of the COVID-19 pandemic has underscored the need for a collective and coordinated global response to assist the world’s most vulnerable countries to mitigate the harsh economic and financial effects of the pandemic.

It said the pandemic and its economic fallout highlights the longer-term efforts needed to strengthen the health systems, diversify economies and broaden domestic revenue sources of African countries.

It said Ghana supports the call for debt relief for African countries and a moratorium on the servicing of international loans including private loans.

The post COVID-19 is another major test of resolve of the AU – Ghana appeared first on Ghana Business News.

Another top surgeon dies of Covid-19 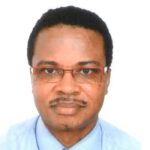