Counsel for Woyome, Mr Muda Ade Lawal moving the application told the Court that his client was committed to paying the debt of which the judgment dated July 29, 2014, has ordered him to pay.

He prayed the court to grant the application for him to pay an outright GH¢10million and subsequently pay GH¢4 million every 90 days.

He said as the judgement stood, if execution was imposed on them, they would go bankrupt.

Deputy Attorney General Godfred Yeboah Dame, opposing the application, said it would be injustice against the people of Ghana if the application was granted.

He said this was not the first time Woyome was making such commitment to pay the money, and up till today nothing has been paid.

The Court in its ruling dismissed the application stating that this was not the first time Woyome was making such commitment, saying “your seniors have made promises upon promises but have failed over the years, so what shows that you would abide by this particular promise”.

It said if the application was granted then it meant that it would take more than four or more years to finish payment, which would not be fair to the people of Ghana given that it had already been five years since the judgment was given.

The Supreme Court, on July 29, 2014, ordered Woyome to refund GH¢51.2 million to the State on the grounds that he got the money out of unconstitutional and invalid contracts between the State and Waterville Holdings Limited in 2006 for the construction of stadia for CAN 2008.

The Court held that the contracts upon which Woyome made and received the claim were in contravention of Article 181 (5) of the 1992 Constitution of Ghana, which requires such contracts to be laid before and approved by Parliament.

On March 1, 2016, Woyome prayed the court to give him three years to pay back the money but the court declined to grant his wish.

He, however, refunded GH¢4million in November 2016 and promised to pay the outstanding balance by quarterly installments of GH¢5million, commencing April 1, 2017.

That did not materialize after the businessman initiated a litany of legal cases at the Supreme Court to support his case, which were all dismissed.

In August 2017, the ICC threw out his case on the basis that he failed to properly invoke its jurisdiction, while the African Court of Justice also dismissed his application in June, this year. 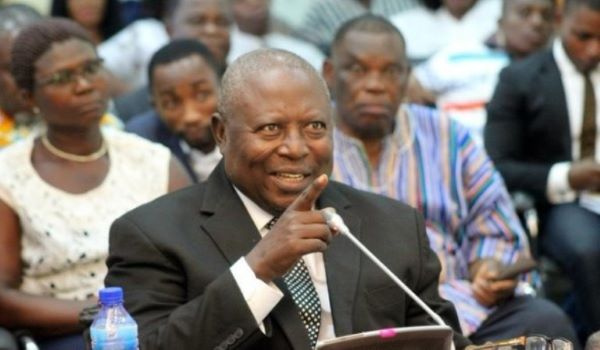