All Ghanaians need protection, not only you – Rasheed Draman to MPs 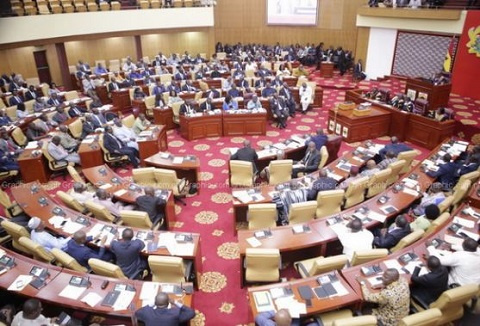 All Ghanaians need protection, not only you – Rasheed Draman to MPs

Ghana Web
The Executive Director for the African Centre for Parliamentary Affairs, Dr Rasheed Draman says security must not only be provided to members of parliament, but to all Ghanaians.

He thus wants Parliament to ensure that the security agencies in the country are well resourced to protect all Ghanaians and foreigners residing in the country.

MPs on Wednesday called for police protection in their homes following an attack on the MP for Nyiaeso, Kennedy Kankam, and his family last Sunday.

Three gunmen, according to the police, made away with some items, including a 4-wheel drive vehicle.

The unidentified assailants reportedly scaled a wall into the main yard of the MP’s residence and used a metal cutter to gain access to his bedroom.

In 2016, Abuakwa North MP, Joseph Boakye Danquah Adu, was stabbed to death at his Shiashie residence in Accra in a similar fashion.

“If we must be candid with ourselves, so many districts have been created and appropriately so, MMDCEs are provided with security, why can’t we do the same for Members of Parliament.

“I think going forward, the country should make a determined effort…being very decisive about this, because we cannot continue to imperil the lives of MPs,” he lamented.

But speaking in an interview with Martin Asiedu-Dartey, on Sunrise morning show on 3FM Thursday, Dr Draman said good security must not only be limited to a specific group of people in the country at the expense of others.

“They have been here when the news broke that their colleague had been killed by terrorists. The conversation they have been having here is that this is really coming home and that they need to put in place measures that will guarantee the security of everyone otherwise none of them is safe.”

“MPs are supposed to be representing all of us and if you begin putting security barriers, then it makes representation much more problematic."

Coronavirus: Government to test all contacts traced to infected persons