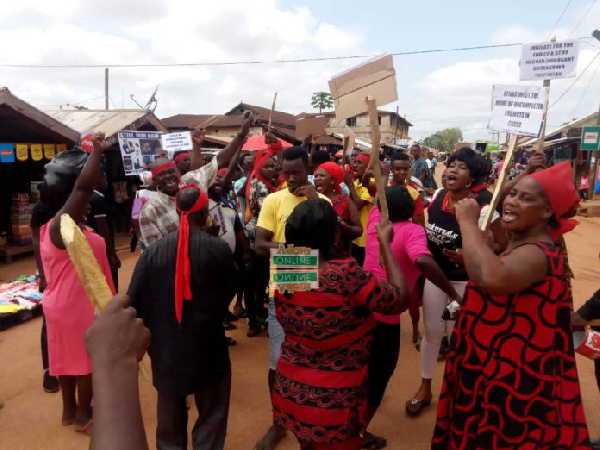 Ghana Web
Resident of the Wenchi Municipality have embarked on a demonstration to register their displeasure over bad roads in the area.

Youth of the town on Monday, blocked the main road leading to Wa in the Upper West Region as they staged their protest.

The demonstrators burnt tyres amidst chants, in an attempt to notify authorities of their plight.

Some demonstrators held placards with inscriptions which read ‘we are so disappointed’, ‘they don’t care about us’ and ‘development issues are not political’.

A resident who spoke to Adom News said for over 10 years, the community has tried alerting the authorities on the state of the roads but all effort to get them on board has proven futile hence the demonstration.

“The roads are very dusty and some security agents of DVLA cannot go to work in uniforms because of the bad roads. We have contacted MCEs, MPs and every authority responsible but they have failed us,” he said.