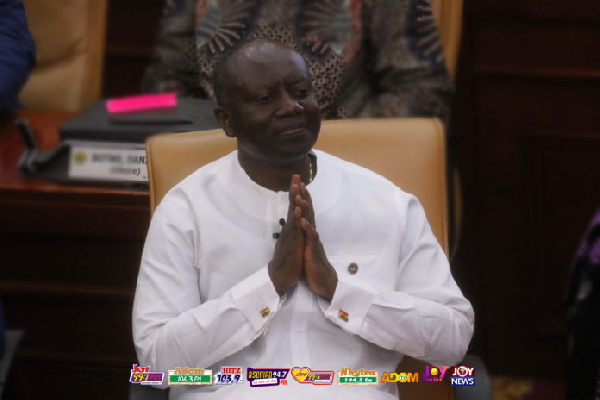 In his opinion, the government should have put in place measures to ensure that customers are able to receive their locked-up cash when it decided to close down the company.

Just as in the case of the collapsed banks where a liquidator was appointed to ensure the protection of deposits of customers, the government should have appointed a liquidator for customers of Menzgold, he said.

Speaking on the Ghana Yen Som on Accra 100.5FM on Thursday, 9 January 2020, Mr Ackuako said such a move would have prevented the current impasse between the customers and officials of the company.

On Wednesday, 8 January 2020, some aggrieved customers massed up at the residence of the CEO of Menzgold, Nana Appiah Mensah (NAM1), at East Legon to demand their locked-up funds.

According to the customers, gunshots were fired at them from the house of NAM1.

Mahamudu Salifu, a Deputy Public Relations Officer of the aggrieved customers’ group, said: “About three gunshots came from the house toward us without any provocation.

“We have not done anything wrong that warrants us to be threatened. We came peacefully demanding Nana Appiah Mensah today. We came without ammunition. We have written about four letters and he has refused to respond.” The crowd was dispersed by police officers from the East Legon Police station.

Commenting on this development, Mr Ackuoko told show host Kwabena Prah Jnr (The Don) that: “This government created this Menzgold mess because they didn’t think through the issues properly. If they had thought through properly, we wouldn’t be here today.”

He added: “If you look at the banks that collapsed, the government appointed liquidators for the collapsed banks to ensure that the deposits of the customers are safe.

“So, what prevented the government from doing same in the case of Menzgold because it also has to do with money.

“What measures did you put in place to ensure the customers get back their money as you go ahead to close down the company”.

But reacting to this, Elvis Morris Donkor, Member of Parliament Abura Aseibu Kwamankese said since Menzgold could be classified as a registered financial institution, a liquidator could not have been appointed to handle the issue.

“So where from a liquidator issue in this matter? This situation is different from the Menzgold issue.” Read Full Story
Advertise Here contact ads[@]ghheadlines.com
Related Items news
news

Government Responses To Coronavirus, Financial Implications And The Usual Politicking Of NDC