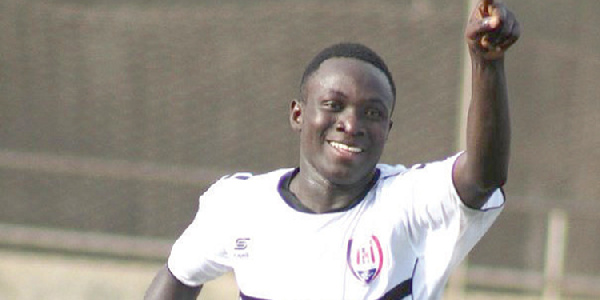 The playmaker became the first player to reach double figures after scoring his tenth goal of the season.

Speaking to the media after the game, The Nigerien international revealed he wanted to use the Berekum Chelsea game to make a statement and his two goals is the perfect statement for the rest of the clubs.

The attacker also spoke about his opener against Chelsea.

” I saw from the beginning the keeper wasn’t good. He was panicking in the goalposts. So I knew if add a bit technique I could score from that angle," he said. Read Full Story
Advertise Here contact ads[@]ghheadlines.com
Related Items sports soccer
sports soccer

Scientists Race For The Cure

Test and trace with Apple and Google

105 Markets in UE Set For Disinfection

COVID-19: Checkpoints set up to ensure compliance of lockdown