Ghana Web
President Nana Addo Dankwa Akufo-Addo says Ghana's economy is on track despite the challenges of the COVID-19 pandemic.

He said though the disease threatened to derail the gains made in the first three years of his administration, the proactive decisions are taken by the government to fight the pandemic, as well as revitalise and transform the economy with a hundred billion Cedis "anchor bright prospects for the medium-term."

Delivering his last State of the Nation Address to the Seventh Parliament of the Fourth Republic before its dissolution on the midnight of January 6, 2021, the President said the impact of the pandemic led to the revision in of Ghana's GDP growth for 2020, from 6.8 to 0.9 per cent and later to 1.9 per cent to reflect the significant slowdown in economic activities.

He gave a strong indication that the government was on course with the policies and programmes to mitigate the effect of COVID-19 on the economy and livelihoods.

"Government will continue to implement prudent fiscal measures to quicken the pace of fiscal consolidation," he said, adding that the Finance Minister would update the nation next March on measures to be taken to restore the country to the path of economic recovery.

"Mr. Speaker, Government, in four years, the country has recorded a number of significant milestones in our quest to formalise and modernise the Ghanaian economy. We believe it is the fairest and fastest way to achieve our goals," the President stated.

The President, who ends his first term in government on Wednesday and begins a new term from January 7, 2021, also noted
that despite the ravages of disease, there had been marked improvements in food production in the country, which spared Ghana the spectacle of food shortages during the period.

"We have seen the dramatic turnaround of our agricultural fortunes, due to the progressive policies that have improved the living standards of farmers in the country.

The excellently executed policy for Planting for Food and Jobs has laid the foundation for the agricultural transformation of our country. We are able to say that our country is now a net exporter of food, and we no longer have to import basic foods like plantain and tomatoes," he said.

"During this COVID crisis, we have, mercifully, been spared the spectre of food shortages. On the contrary, thanks to Planting for Food and Jobs, food has been in abundance in our markets across the country," the President added. Read Full Story
Advertise Here contact ads[@]ghheadlines.com
Related Items news
news 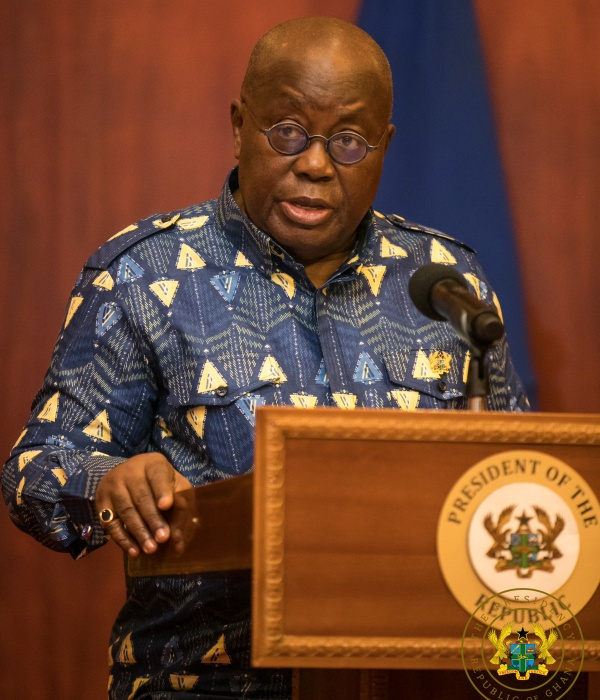 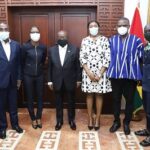