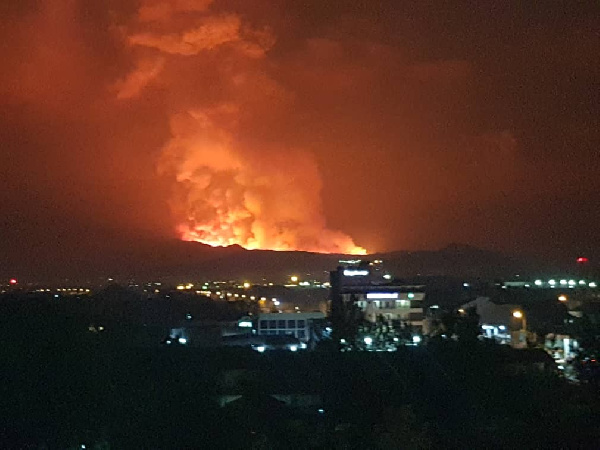 Ghana Web
Two months after the eruption of the DR Congo’s Nyiragongo volcano that affected the city of Goma and its surroundings, an earthquake of magnitude 4 on the Richter scale was felt again on Thursday.

The recent tremor has caused panic among the residents of Goma who are still recovering from the recent incident.

Goma has recorded more than 100 tremors in recent months though the intensity of the magnitude has exponentially decreased over time.

"This tremor scared us once again. It lasted for about 2 minutes, and we were already preparing with all the family to see where to go take shelter," a resident told Africanews.

"We also felt this earthquake, and we were very scared. We were already preparing ourselves, waiting for the authorities to ask us to evacuate the city again. This new earthquake really panicked us all again," another resident revealed.

According to the volcanologists, the earthquakes were caused by the tectonic plates seeking to recover their equilibrium after the recent eruptions.


On the evening of the same Thursday, the Goma Volcanological Observatory (OVG) reassured people and called for calm before specifying that the tremor felt in the town had no connection with the activity of the Nziragongo and Nzamulagira volcanoes.

"We are following the situation very closely, which is why we had made this statement to reassure the population and tell them that this is an earthquake that is tectonic and not of volcanic origin. With the volcano, for the moment, we have no fears. People must live with these earthquakes and the volcano, but must be vigilant," Honoré Tshirabara, a researcher at the OVG said.

Last May, at least thirty-two (32) people died during and after the flow of lava from the Nyiragongo volcano that devastated localities north of the city of Goma, in the eastern Democratic Republic of Congo (DRC). 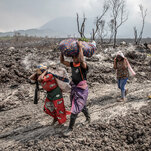 DR Congo's Goma volcano: 'It's a miracle that so little lava came out'

Thousands flee Goma as threat of another volcanic eruption looms