Five regional ministers under President Akufo-Addo’s administration have touted the government’s achievements in their various regions, saying there has been unprecedented growth in their local economies.

They indicated that they had witnessed tremendous changes in the areas of education, infrastructure, jobs and agriculture in their respective regions. The five regional ministers, from the Western, Central, Northern, Volta and Bono, said the growth had helped revive the country’s ailing economy, hence, the Akufo-Addo-led administration must be commended for steering the country’s economy back to where it belongs.

The ministers were speaking at the fifth edition of the Nation Building Updates in Accra on Tuesday 22nd October, 2020, on the theme “Rebuilding the Ghanaian Economy.”

The National Building Update is a weekly event organised by the government to provide accounts of its projects, policies and interventions since it assumed office in 2017.

Mr Kwabena Okyere Darko-Mensah, Western Regional Minister, applauded the ruling New Patriotic Party (NPP) government for creating equal opportunities for all in his region. He said through the government’s flagship Ghana Beyond Aid programme, the Western Region had seen a 1.8% growth rate as a result of heavy investment in the areas of agriculture, oil and gas and mining.

According to him: “With 2014 to 2016 low GDP growth rate, policies and strategies introduced by the NPP government resulted in significant growth of 8.1% in 2017 and 6.9 in 2019, only for COVID-19 to draw back on our growth tangent.  For Western Region’s significant contribution to National GDP, investing to rebuild its economy directly translates into rebuilding Ghana’s economy, and this, the government has not failed in doing this since 2017.

He noted that the government had initiated a series of entrepreneurial programmes to build the entrepreneurial capacity of graduate youth in the region, in order for them to contribute their quota to the high growth agricultural and manufacturing sectors of the country.

He also touted the government’s achievements in adding up to the infrastructural development of the George Grant University of Mines and Energy at Tarkwa, improving the facilities of the Takoradi Technical University, and expanding the railway network in the region.

Highlighting the government’s achievements in her region, the Bono Regional Minister, Evelyn Ama Kumi-Richardson, commended the government for construction of a Youth Development Centre in Dormaa, noting that plans were far advanced to construct another in Sunyani. In the area of agriculture, she emphasised that through the Planting for Food and Jobs (PFJ), farmers in her region had benefited from improved and subsidised seeds, which had increased yields in the region.

The Central Regional Minister, Kwamena Duncan, said his region had benefited from numerous government interventions. An example these interventions, he said, are the numerous jobs created from the construction of the Ekumfi Fruit Juice Processing Factory and Casa De Ropa Potato under the 1D1F government initiative. He noted that the Central Region had seen increased yields in cocoa production as a result of the government’s implementation of the Cocoa Productivity Enhancement Programmes for 2019 and 2020.

Touching on the government interventions in the Northern Region, Northern Regional Minister Salifu Saeed, praised the leadership of the President, emphasising that the resolution of the long term dispute in the region had helped bring about development and created a peaceful atmosphere. He said the region had benefited immensely from government initiatives, particularly in the area of agriculture. He said through programmes like the PFJ, the Northern Region is able to contribute significant amounts of food items to feed other parts of the country.

On his part, Mr Archibald Letsa, Volta Regional Minister, commended the government for restoring the peaceful atmosphere in the region. He noted that aside bringing back the peace, the Akufo-Addo administration had created substantial amounts of jobs, constructed roads, built schools, and improved the standard of people living in the region. 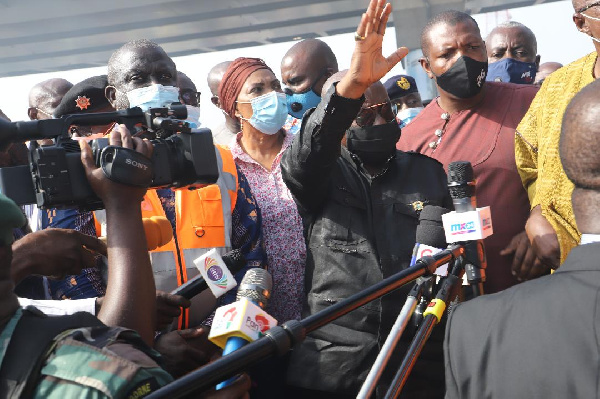 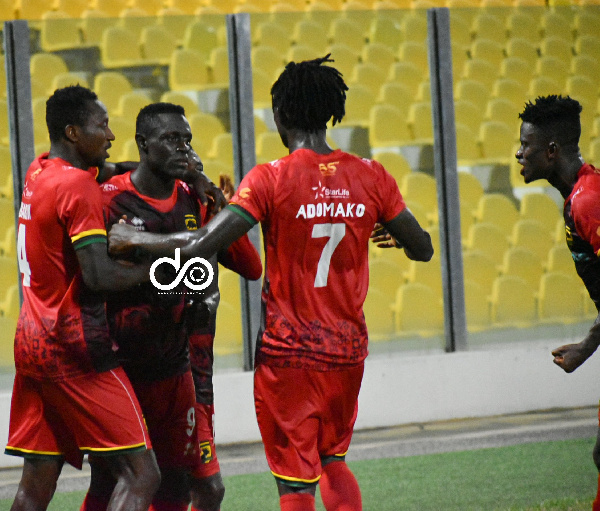