The 8th African Population Conference, the largest scientific gathering on population issues on the continent, opened here in Entebbe in Uganda on Monday, with a call by Uganda President Yoweri Museveni for African governments to invest in skills training for its people to become “the engine of economic growth.”

The President whose speech was read by his Vice Edward Ssekande, said Africa’s bulging population bracket of 15-64 constituted the potential labour force for the continent and must be given the innovative skills and education for the continent to realise the demographic dividend for sustainable economic growth.

He said since 1986, Uganda has made progress in sustaining peace, security and macro-economic stability.

The conference is being organised by the Union of African Population Studies(UAPS) in collaboration with the Ugandan government through the National Population Council on the theme “Harnessing Africa’s Population Dynamics for Sustainable Development:25 years after Cairo and beyond.

More than 1,000 participants drawn from various disciplines including population scientists, researchers, academia, civil society organisations, and development partners are meeting to explore ways of applying research to improve the well-being of Africans.

The outgoing President of UAPS, Professor Samuel Codjoe, of the Regional Institute for Population Studies (RIPS) of the University of Ghana; said despite progress made in adoption of the ICPD and other initiatives on the continent including the Millennium Development Goals, Adisa-Ababa Declaration on Population and Development, there were still disparities across the continent, urban and rural disparities as well as between the poorest and the rich.

Prof. Codjoe who is the immediate past Director of RIPS said non-communicable diseases, environmental problems, civil unrest, among others, constituted threats to Africa’s transformative agenda.

He stressed on the need for “significant policy shift including timely implementation of effective policies that aim to help countries torealise demographic dividend(from the youth bulge) which provides an incredible opportunity for accelerated economic growth.

The Executive Director of United Nations Population Fund, Dr Natalia Kanem, urged population scientists “to create the enabling environment for the realisation of the potentials of everyone.”

She stressed on the core values of justice, equality, and peace as foundation in sustainable development which she added must be characterised by inclusive growth. 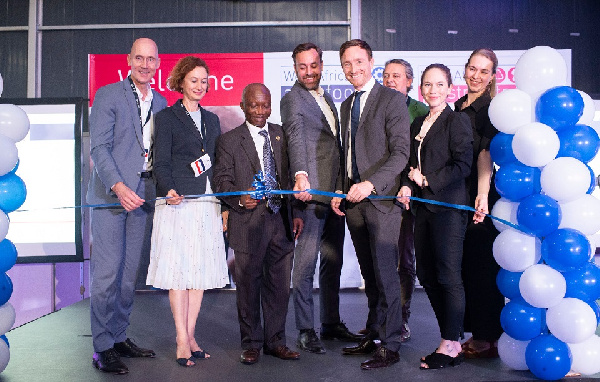 ﻿Stakeholders brainstorm on impending confab ﻿on population and devt in Kenya