Coach Appiah’s tenure ends in December and many have called for his head, following the abysmal performance of the Black Stars in the last African Cup of Nations (AFCON) where he was mandated to win but exited the tournament at the round-of-16 stage.

In his reaction to a question during the President’s Encounter With the Media on Friday, as to whether Appiah should stay or not, the President said, he would rather leave the GFA to deal with the issue.

“If I say yes, it is like I am putting pressure on the GFA to renew his contract and if I say no, then I know for sure they will not be able to do it. So let me keep away from answering that question altogether,” he stated.

The President also maintained that the direction of Ghana football should be left in the hands of the GFA without interference from government, but goaded the FA to ensure that the Black Stars mustwin the AFCON which has eluded the country for over three decades.

“All we can do,” he said,“is to give our maximum support to the FA and probably share their views when they seek our input.”

In infrastructure development,the President saidgovernment through the Ministry of Youth and Sports had been constructing multi-purpose sports complexes across the country and also maintain the old ones.

“We are in the position to have three or four stadia which would be used for international engagements. Recently, we were in Cape  Coast, Tamale, and what Kumasi and Accra have are hopeful developments,” he said.

He called on Ghanaians to keep faith with the Black Stars and the new FA as they hope to see a new direction in Ghana football. 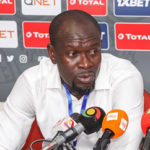 Akonnor: My appointment as Stars coach a miracle 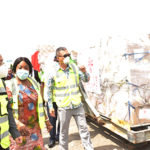 China hands over 60MT of medical supplies to Ghana