After dark, in a residential neighbourhood in Ethiopia’s capital, Addis Ababa, dozens of civilian volunteers were busy patrolling their streets one-night last week, stopping and searching cars and checking documents.

“Our neighbourhood committee includes about 180 people. We’ve apprehended many people. And we’ve found a lot of suspicious materials, including guns and explosive devices,” said an older man who appeared to be coordinating the searches.

The volunteers are searching for Tigrayan rebels, and their supporters, under the new state of emergency regulations introduced by the Ethiopian government in response to a Tigrayan military offensive.

Critics say thousands of people have been unjustly detained, but the clampdown appears to have widespread support in the capital.

“Hurry, he is trying to escape,” said another man, suddenly, speaking into his mobile phone.

A few streets away, a new group of mostly elderly volunteers had gathered for training, marching more or less in step and listening to instructions.

The overall mood in the capital appears to be calm.

Although Britain and other countries have warned that the security situation is “deteriorating,” as Tigrayan and other rebel groups report that they are advancing towards Addis Ababa, the Russian embassy sent a very different message on social media.

It declared that “the introduction of a state of emergency has not brought any significant changes to the everyday rhythm of life of the Ethiopian capital.”

Ethiopia’s Prime Minister, Abiy Ahmed, recently announced he was heading to the frontlines to lead his troops.

Video footage provided by the government showed him in uniform surrounded by soldiers, apparently in the arid Afar region northeast of the capital.

“We have now managed to clear the area completely,” Prime Minister Ahmed said in the footage.

“The morale of the defence forces is really great. We will continue until Ethiopia’s freedom is ensured,” he continued.

The prime minister said his troops were in the process of seizing several towns from the Tigray People’s Liberation Front (TPLF).

But, those claims are difficult to verify with access and communications in the conflict restricted areas, and the introduction of new rules forbidding the publication of any military movements or “battlefield outcomes” not sanctioned by the government. -BBC 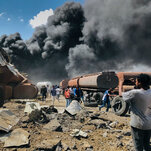 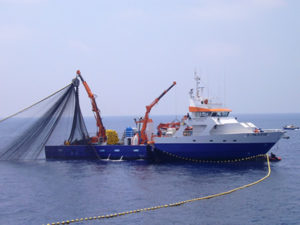 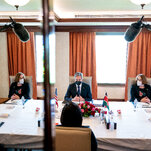 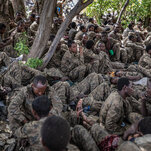 ‘My Blood Is Boiling’: War Fever Surges in Ethiopia as Its Civil War Spreads 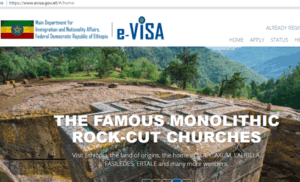 Ethiopia tightens visa rules amid reports of fighting in Tigray