Ahead of the final, Damian Smith, alias Shaka Zulu said he was praying to God to crown him champion. Well, his prayer has been answered.

Shaka Zulu is now the strongest man in Ghana after beating Ahmed Boakye, Prosper Dakora and Bright Appiah in the Champion of Champions final held at the Eli Beach Resort in Keta, Volta Region.

Sunday’s victory makes him the most successful athlete in the history of the competition. This is his third title, having won in 2017 and 2018 before a three-year break as a result of relocating to the United States.

Damian came back home for this season’s competition after his request for a long term break was granted by his employer in America.

Although the events were unsurprisingly gruelling, Shaka Zulu came out tops. He dominated key events such as Truck Head Pull (weight 46,000kg), Giant Tyre Flip and Keg Toss to be adjudged the winner.

Ahmed Boakye who came into the final as reigning champion placed third while Prosper Dakora and Bright Appiah, aka SWAT, were second and fourth respectively.

Shaka Zulu took home a whopping cash amount, a brand new car and will be in South Africa to participate in the prestigious Arnold Classics Africa.

Ghana’s Strongest 2021: Meet the 10 contestants for the Champions of Champion edition

Ghana’s Strongest 2021: Meet the 10 contestants for the Champion of Champions edition 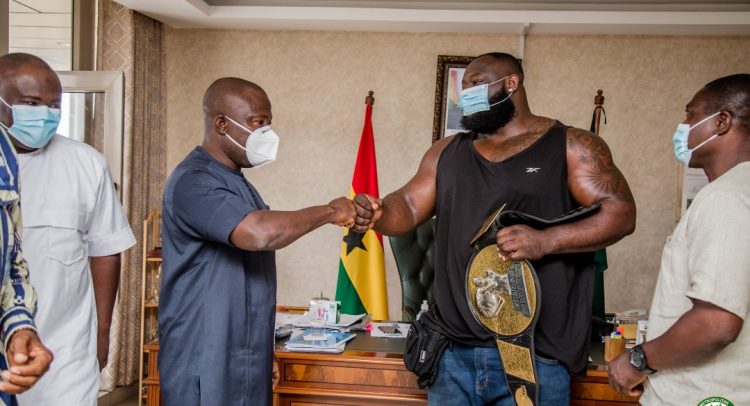 Ghana’s Strongest: The winner will be determined by God – Shaka Zulu 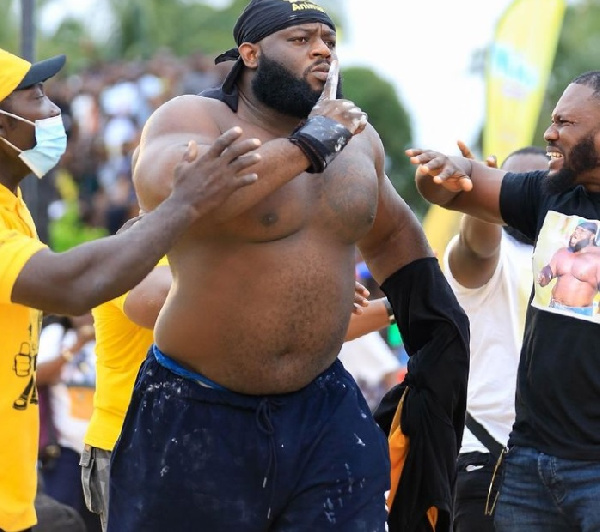