Information Minister Kojo Oppong Nkrumah has said that those who threw stones during the demonstration by Arise Ghana pressure group were all captured on tape hence, it will make it easier for identification for arrest and prosecution.

It is during prosecution in court that it will be determined whether these persons are Police officers as is being claimed by organizers of the demonstration, the Ofoase Ayirebi lawmaker said.

“When they are arrested and put before court we will find out whether they are Police or not,” Mr Oppong Nkrumah said on the Good Evening Ghana show Tuesday June 28.

He further said the Police should be commended for the high level of professionalism they exhibited during the demonstration.

“First, we should commend the Policemen and women for their professionalism. The IGP was very clear that [the demonstrators] are supposed to be your brothers and sisters, treat them with decorum, assist them to exercise their constitutional  right under Article 21(1)(d) which gives you the right to join an assembly  to protest to as you please.

“Even when they were attacked by these persons, though they had superior force that they could use  even in their own defence , in compliance with the instruction of their superior  they still kept their calm and  did their best to control the situation.

“There is an obvious attempt to create instability in our country at this time, we don’t need to mince words about it . There is a trajectory, first, there was a group  that wanted to demonstrate with weapons , then there was this group that  said they wanted to demonstrate throughout the night till the following morning . The Police raised obvious security questions against that.

“This  is even day time,  broad day light at Obra Spot here at Accra, you have people  attacking Police in this manner, can you imagine what could have happened  at night  if some of these things were allowed to continue  throughout the night ,” he said. 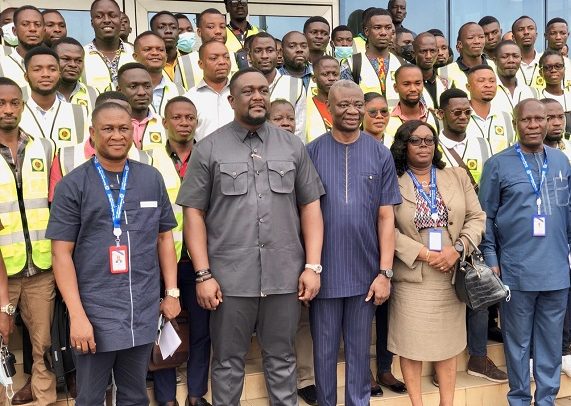 These are the women breaking new ground in Kenya's politics

DUST DISEASE – Are we doing enough to protect the population?

Galamsey: Ten Chinese arrested by intelligence officers at Office of the President