Rehab of Tono Irrigation Scheme to Be Completed in July 2020 - Tono Water Project in August 2021.

Rehab of Tono Irrigation Scheme to Be Completed in July 2020 - Tono Water Project in August 2021.

The President of the Republic, Nana Addo Dankwa Akufo-Addo, has been assured of the completion of the Tono Water Project by August 2021 and the rehabilitation and modernization of the Tono Irrigation Scheme by July 2020.

This was disclosed when President Akufo-Addo paid a visit to the site of the project on Wednesday, 14th August 2019, as part of his 2-day tour of the Upper East Region.

The Managing Director of the Ghana Water Company, Dr. Clifford Braimah, who was on hand to brief the President, told him that, upon completion of the Tono Water Project, residents of Bolgatanga, Bongo, Navrongo, Paga and Zuarungu will have access to potable drinking water.

The Minister for Food and Agriculture, Dr. Owusu Afriyie Akoto, also present at the site, explained to President Akufo-Addo that the Tono Irrigation Scheme forms part of the rehabilitation and modernization of four (4) major public irrigation schemes by the Ghana Commercial Agricultural Project (GCAP), in consultation with the Ghana Irrigation Development Authority (GIDA).

The on-going works on the Tono Irrigation Scheme include rehabilitation and improvement of existing lined canals and associated hydraulic structures; construction of new lined and unlined canals and associated hydraulic structures; upgrading and repair of earthen roads; repair of dam wall, spillways and appurtenances; and the construction of ancillary infrastructure such as drying facilities.

Under the current rehabilitation, two zones will be partitioned into small-holder and agribusiness sections. Solar pumps run by a solar system will be installed to power the small-holder sections, whilst an agribusiness investor will be sought to take up the other sections and invest on them.

It is estimated that small holder farmers, who have an average income of about GH¢5,052.00 per hectare annually, will see their incomes increasing to some GH¢28,080.00 per hectare annually through double-cropping, under irrigated conditions. This represents a 555.82% increase over current levels of farm incomes.

The Tono Irrigation Scheme, which has aided in the production of crops such as rice, tomato, soyabeans, onions, pepper and other leafy vegetables, has contributed greatly in enhancing food security in the Upper East Region and the nation as a whole.

Based on a comprehensive evaluation of climatic, agronomic, socio-economic and soil suitability factors, present farming practices and the policies of the Ministry of Food and Agriculture, Dr. Owusu Afriyie told President Akufo-Addo that eight (8) crops have been selected for cultivation on the scheme. These are rice, maize, soya bean, cowpea, pepper, okra, cabbage and watermelon.

"The entire command area will be cropped twice a year, resulting in a two hundred per cent (200%) cropping intensity, and a total cropped area of four thousand, nine hundred and eighty (4,980) hectares per annum.

President Akufo-Addo urged the staff of the Ghana Irrigation Development Authority, Ghana Commercial Agriculture Project, the consultant, the contractor, the chiefs and elders and the members of the beneficiary communities to continue to play the roles expected of them to ensure that the project is completed on schedule.

"This is the only way that we can justify the huge investments that Government is making in the project," the President stressed.

Through Government's Flagship programme for the revival of Ghanaian agriculture, dubbed "Planting for Food and Jobs", 650 hectares have been planted with improved rice seeds by both small and commercial farmers totaling 208. 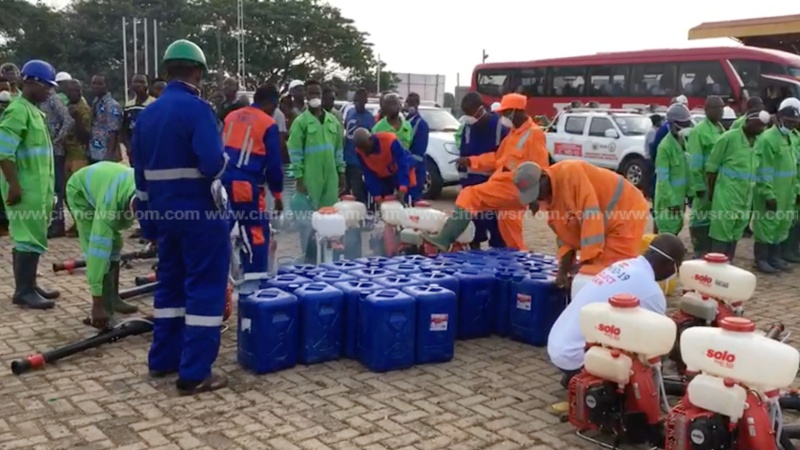 Disinfection of markets in Ahafo, Bono and Bono East begins

COVID-19: 246 markets in Ahafo, Bono and Bono East to be disinfected on Monday 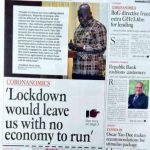