United Bank for Africa’s Lifestyle and Entertainment channel, RED TV is set to premiere a 13-episode Ghanaian series on its YouTube channel on the 19th May 2021.

The Public Figure series narrates the story of Wonder, a charming young lady, who quits the corporate life under pressure from a sexual pervert of a boss to pitch herself up to be in the celebrity space. It’s a whirlwind rise to the top for her through the corridors of power, literally, more than she ever bargains for.

It unravels a story of love, politics, power play and celebrity life as we go behind the scenes from hotel meeting rooms to illicit activities in bedrooms and secret presidential villas in a quest to know the mystery behind public figures.

In this same discovery, we will see one of our favourite Ghanaian actor, Van Vicker who has been off the movie scene for some years now bringing light to the Ghanaian movie industry.

Kuuku, the flirtatious lawyer next door wants more from Wonder than being her criminal brother’s lawyer and it doesn’t take long for Kuuku’s wife Frances to smell a rat. Frances isn’t the only one on Wonder’s heels. Yaw Dordor, a former office colleague at her old firm is still in love with her and bidding his time, but Wonder’s close association with a presidential candidate sets her up on the fast lane and soon she is on course to become the subject of a scandalous affair at the highest level.

REDTV is an initiative of the United Bank for Africa Plc. An online entertainment network on YouTube that brings the best of Africa to the world, REDTV is in line with UBA’s commitment to contributing to the growth of talent and innovation across the African continent.  The network which was launched in 2015, has helped to foster the creative industry since its inception by providing employment to the youths in this segment.

The Public Figure is a 13 episode Ghanaian series shot in Ghana, produced and developed by a 100% Ghanaian cast and crew directed by the award-winning Eddie Sedor. Through the support for this series, UBA has contributed over US$100,000 to the Ghanaian creative art industry.

The post UBA’s REDTV to Premiere New Series, ‘Public Figure’ in Ghana on May 19th appeared first on The Business & Financial Times. 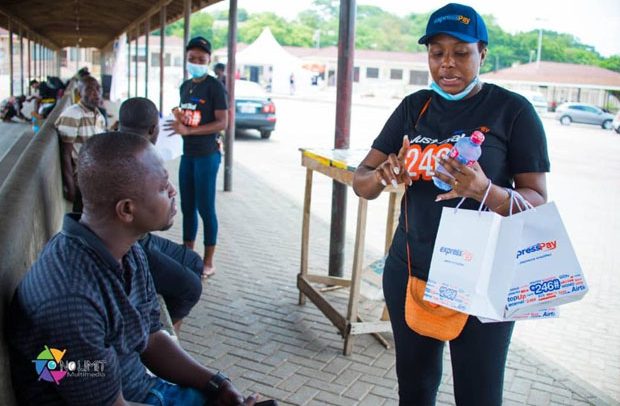 Second phase of vaccination to start on 19th May – GHS

New taxes kick in on May 1 - Ghana Revenue Authority