The Technical University Teachers’ Association of Ghana (TUTAG) has accused the government of not taking their concerns seriously despite their strike.

Chairman of the Accra Technical University branch of TUTAG, Dr. Ibrahim Zubairu, told Citi News that government’s posture is disrespectful to both students and teachers.

TUTAG went on strike on October 7 after emoluments due them were not released despite a directive from the Ministry of Finance to the Controller and Accountant General’s Department with effect from 1st August 2019.

They were joined by the Technical Universities Administrators Association of Ghana (TUAAG), who are also demanding full benefits of migration onto the public universities’ salary structure.

After two weeks, Dr. Zubairu said he was still hearing excuses that clearance had not been given.

“They promised us last week Friday…If they really respect students and we the lecturers and our students’ parents, they would have responded and done it long ago but because they don’t respect anybody but themselves alone, that is why they are dragging.”

Meanwhile, the Ministry of Education has debunked these claims saying the government is working through the Ministry of Finance to pay the monies it owes the teachers by November 2019 and end the strike.

Despite the August directive, Vincent Asafuah, the Education Ministry’s Head of Public Relations, said there was a consensus with TUTAG that “the government will by November 2019 implore the Ministry of Finance to make payments to them.”

Thus, Mr. Asafuah said he didn’t think “there are qualms that are supposed to be made by them [TUTAG].”

Students are having to bear the brunt of the fallout from the strike and they have called on the government to find a lasting solution.

The Education Ministry directed its appeals to the association urging it to back down on the strike.

Minister for Education in charge of Tertiary Education, Prof Kwesi Yankah also appealed to lecturers in Technical Universities to return to the lecture halls as government concludes negotiations with the association. 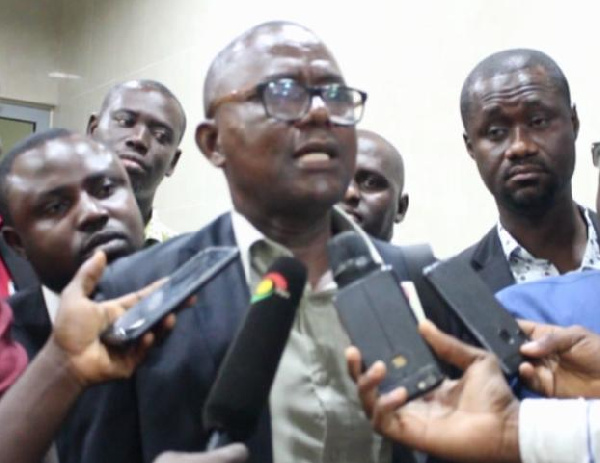 Consider students and call of strike – Group appeals to TUTAG

Gov’t Appeals To TUTAG To Call Off Strike