The Ghana Cocoa Board (COCOBOD) has rejected accusations that its contract with Agri-Plus Horizon Farm Limited for the supply of insecticide was riddled in nepotism, corruption and money laundering.

Documents reportedly released by the Financial Intelligence Centre (FIC) and purportedly sent to the Special Prosecutor claimed that COCOBOD awarded the contract to the company by sole-sourcing for the procurement of 75,000 litres of Transform ‘Akate’ Insecticide at a price of US$103.5 per litre amounting to a total of US$7,762,500.00.

Agri-Plus Horizon Farm Limited is said to have given a sub-contract to Aedis Holding Limited (AEDIS), another company said to be owed by Joseph Seth Aidoo Jnr., son of the Chief Executive Officer of COCOBOD, Mr Joseph Aidoo.

Additionally, there are claims that AEDIS subcontracted to a UK-based company, Dow Agrosciences Limited (DOW) Limited, for the provision of the insecticides.

But a statement signed and issued by the Head of Public Affairs of COCOBOD, Fiifi Boafo said the claims are untrue.

Mr. Boafo on the claims of nepotism argued on Eyewitness News that it was mere coincidence that Joseph Seth Aidoo Jnr. bears the name of t he COCOBOD CEO and that the two were in no way related.

Here is the full statement

RE: ALLEGATIONS OF NEPOTISM, CORRUPTION AND MONEY LAUNDERING AT GHANA COCOA BOARD

Our attention has been drawn to a document circulating on several online and social media platforms purported to emanate from the Financial Intelligence Centre, Ghana, which alleges wrong doing by COCOBOD awarding a contract for the procurement of Transform Akate Insecticide from Agri-Plus Horizon Farm Limited through the sole sourcing method.

The document further alleges that there is suspicion that the decision by COCOBOD to sole source the contract to Agri-Plus may have been founded on the grounds of nepotism and / or trade based money laundering.

We wish to state that the decision to sole source insecticides and other chemicals for COCOBOD operations is based on COCOBOD’s need for specific purposes. COCOBOD only procures insecticides or chemicals that have been tested and certified by the Cocoa Research Institute of Ghana (CRIG).

Some products have systemic effect while others take effect on contact with the insect. Some products are also formulated as cocktails and have both systemic and contact properties combined.

A company that holds the CRIG certificate for a particular product has proprietary right in the product and consequently COCOBOD can procure the product from only that company.

At the beginning of each crop season COCOBOD decides on the various insecticide and chemicals to be procured for the season based on the projected threats to the crop for that year. The insecticide application is varied periodically to reduce the chances of the insects developing resistance to a particular insecticide.

In the case of Transform Akate Insecticide mentioned in the document, Agriplus Horizon Farms Limited is the company that holds the CRIG certificate for the product.

Approval was, therefore, sought from the Public Procurement Authority to procure the product amongst others through the sole sourcing method for COCOBOD’s operations.

We wish to state categorically that the suspicion that the decision by COCOBOD to sole source the contract to Agri-Plus may have been founded on grounds of nepotism is completely baseless and untrue.

We therefore urge the general public not to give the allegations contained in the said document any weight. Chief Justice sets out to deal with Muntaka’s bribe allegation 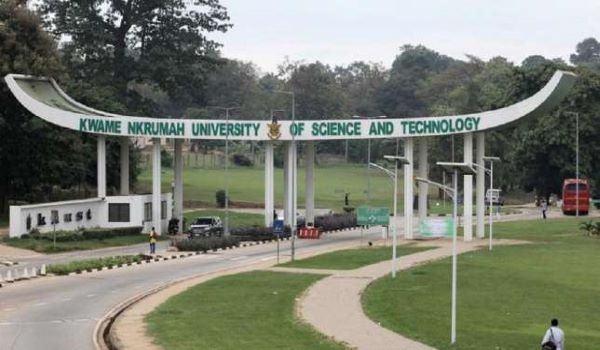 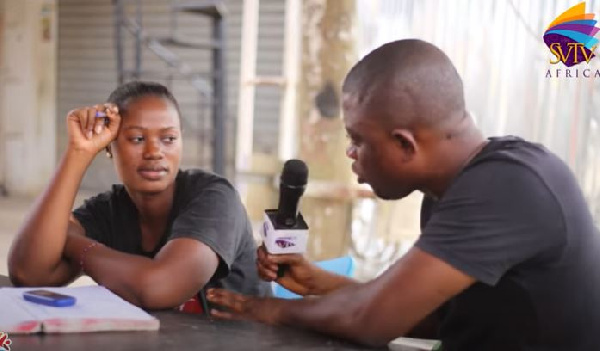 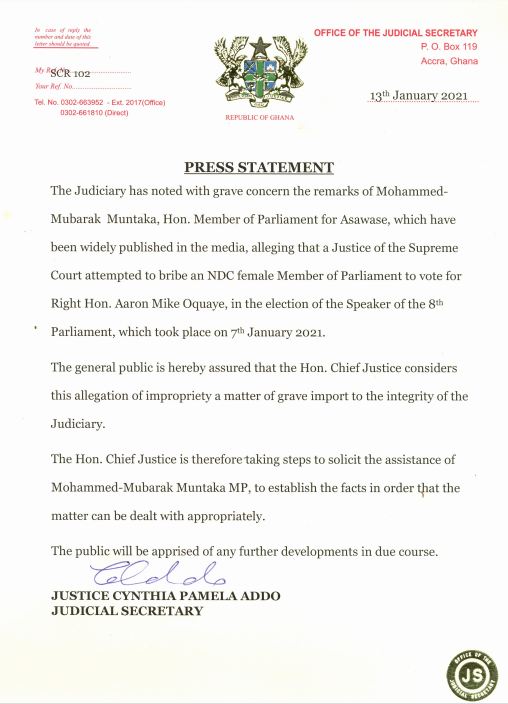 Speaker election: Allegation of attempted bribery by judge will be dealt with – Chief Justice