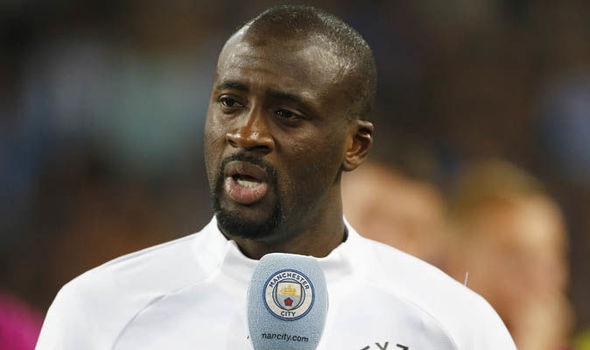 The issue has dominated the sport once again in recent weeks following the horrendous scenes in Bulgaria, which England’s Euro 2020 qualifier stopped twice due to abuse from the crowd aimed at Raheem Sterling, Tyrone Mings and Marcus Rashford.

And Toure believes the problems will persist until those at the top get serious.

“They are always talking,” he told the AFP.

“”Blah blah blah”; and what? Nothing changes.

“People from FIFA don’t care anyway because we’ve been talking about this, but it’s still continuing.

“I don’t want to say that I’m not concerned. I am concerned.”