Chiefs from the Western Region have applauded Joe Ghartey, for his hard work and dedication in reviving Ghana’s railways sector.

The traditional leaders from the Western Regional House of Chiefs gave Mr. Ghartey, the Minister for Railways Development, a standing ovation for the tremendous works he has done in the rail sector.

Joe Ghartey who is the Member of Parliament for Essikado-Ketan, was appointed as the Minister for Railway Development by President Nana Akufo-Addo-Addo in 2017.

His appointment came with some speculations and doubts from his constituency, the Western Region and the country at large, as to whether or not it was a demotion to the caliber of person he is.

Joe Ghartey had served as the Attorney General and Minister for Justice under the John Agyekum Kufour’s administration from 2006 to 2008.

Adding to his portfolio, Joe Ghartey became the Second Deputy Speaker of Parliament in the 6th Parliament of the 4th Republic, under the John Dramani Mahama’s administration, from 2013 to 2016.

With such a credit to his profile and competence, especially for his acumen in constitutional and legal affairs, many had expected to have him serve in a related capacity under Akufo- Addo’s government, rather than a most ‘impoverished’ and ‘defunct’ sector as the railways.

Unknown to the masses, the astute politician promised himself to challenge the odds and make it one of his ‘legacies in serving the country’.

In acknowledging his effort and the dignity he’s accorded the traditional authorities, President of the Western Regional House of Chiefs, Ogyeahoho Yaw Gyebi II, called on the House to shower some praise on Joe Ghartey for ‘beating their imaginations’.

He said “some of us where saddened by the news of his appointment by the President as the Minister for Railways Development.

We know him to be an esteemed lawyer, an Attorney General and Minister for Justice, and other positions…but we felt it was that odd for him to have been appointed to head a new sector. I pondered, and realised that this challenge that the President placed on him ushers him into greatness, and that we shall share in that repute. And we are happy that he never disappointed us”. 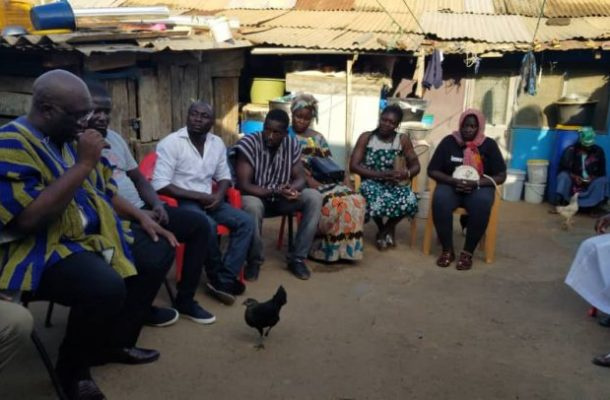 Railways Minister happy with investments in the sector

Railways Minister happy with investments in the sector