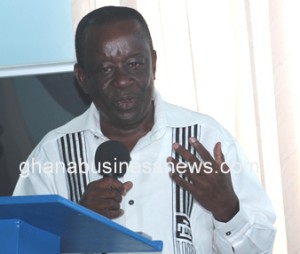 Mr Albert Kan-Dapaah, Minister of National Security, has urged citizens to inform State security and intelligence agencies about the hideouts of terrorists.

“The support of the citizenry in informing security agencies on happenings in their localities where the terrorists were likely to hide and commit their atrocious crimes, significantly reduces the threat of an attack in Ghana.”

He assured the public that the Ministry, together with the various security agencies was working tirelessly to protect citizens against a terrorist attack and safeguard the peace and stability of the country.

Mr Kan-Dapaah made the comments on Tuesday during the launch of the Ministry’s flagship programme dubbed, “See Something, Say Something” campaign to sensitise the citizenry to an active play role in protecting the peace and stability of the State.

It would also empower Ghanaians to be more conscious about their own security and enhance their relationship with State Security Authorities.

He said the campaign had always formed a key part of the country’s National Framework for Preventing and Countering Terrorism and Violent Extremism.

However, the timing of its roll out was informed by the need to institute more preventative measures in view of recent events in the West African sub-region.

Mr Kan-Dapaah said the campaign was not aimed at creating panic among the citizenry, but rather to bolster the confidence of the public to swiftly report suspicious activities in their communities to the relevant security and intelligence agencies.

The Minister said his outfit was aware of the possible misinformation that could be targeted at creating fear and panic and would therefore run the programme concurrently to fight such misinformation.

He said terrorism, as perpetrated in the sub-region and the Sahel, had become highly unconventional and largely asymmetric and had evolved to a point where over reliance on only conventional tactics and traditional means of combating the threat could prove ineffective.

Mr Kan-Dapaah said the terrorist groups who continued to wreak havoc in neighbouring countries came in all shapes and forms and many of them blended seamlessly into their target societies, thus making their identification and subsequent arrests by State security and intelligence agencies a difficult endeavour.

Mr Kojo Oppong Nkrumah, Minister of Information, said Ghana’s success towards combatting the threats faced would require a total mobilisation of citizens to recognise those risks, to be alert and play their part in protecting the country.

He therefore called on all and sundry to work together with security agencies to strengthen Ghana’s security architecture to counter the threats of terrorism.

The Minister also urged the media to continue highlighting issues on security for discussion on their various outlets.

The post Expose hideouts of terrorists to reduce threat of attacks in Ghana – Kan-Dapaah appeared first on Ghana Business News. 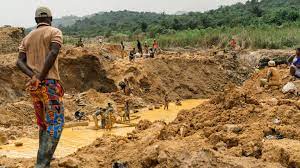 WHY GALAMSEY CAN CAUSE A PROSPECTIVE GENOCIDE IN GHANA