Ghana Web
The suspects who are facing trial for allegedly plotting to overthrow the Akufo-Addo led- government by attacking the presidency have been charged with treason in a Kaneshie Magistrate court.

The charge, according to EIB court correspondent Murtala Mohammed was revealed in court today.

The suspects include a senior military officer Colonel Samuel Kojo Gameli and a civilian employee of the Ghana Armed Forces Gershun Akpa.

There were earlier criticisms by a section of the public that the government was going back on its initial accusations after it failed to charge the suspects with treason during the first court appearance. 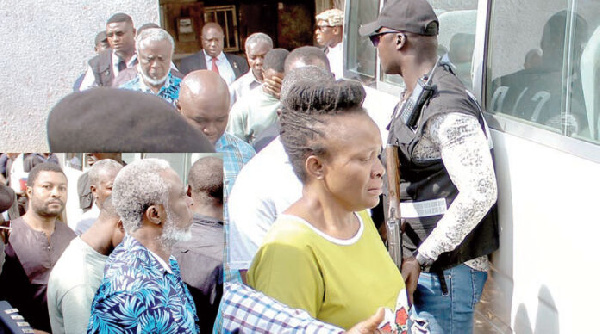