Mama Gee is back!

Mama Gee is back!

Ghana Web
In her last video posted on Instagram dated July 17, 2019, Mama Gee told her customers to keep calm. She assured them that she was going to bounce back. Indeed, Ghana’s popular aphrodisiac dealer is back in operation.

Mama Gee was arrested on July 10, 2019, at her shop in Madina by the Food and Drugs Authority and the police for advertising and selling unlicensed products which she claimed could help boost sexual performance and help women extort money from their male counterparts after sexual intercourse.

She received several backlash from Ghanaians - some of whom called out the FDA to investigate the authenticity of her products.

After her arrest, the FDA confiscated her ‘sex products’. This move was believed to have been the end of the Mama Gee Empire. However, Ghanaweb has confirmed that she is back as promised and is running a delivery service.

According to information available to this portal, Mama Gee has provided a contact for her customers who wish to purchase any of her products. A dispatch rider (okada) will have the product(s) delivered after making payments through mobile money.

My business is legit – Mama Gee

Contrary to claims she was operating illegally, Mama Gee in a video after her arrest stated that, “I’m doing a legitimate job by selling traditional medicine and some herbs…I’m not a criminal, I haven’t done anything.”

In what appeared to be a contradiction to her earlier claim that she was into herbal medicine, Mama Gee wrote under one of her Instagram posts that, “This attraction kit is second to none ooo, new product available at the shop. Be attractive and seduce your man, work towards your sexual life please don’t just be like that naa…”

“With my favor oil, you will pray with it and spray it on your forehead and spray it in your palm… that’s all. You just have to back it with prayers.”

Some of her products which is believed to boost the sexual performance of men and women include, vagina sweetness, ‘magajiya’, cash out, favor oil and soap, attraction set, ‘oga lie low’, selfish love, marry me, herbal mixture among many others.

In an interview on SVTV Africa, she disclosed that her aim is to help women and bring happiness to homes.

K’si bounces back today… after massive disinfection exercise in 286 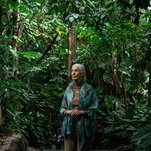 Jane Goodall Is Self-Isolating, Too