Presidency not for corrupt serpents, step down - Dr. Apaak to Akufo-Addo

Presidency not for corrupt serpents, step down - Dr. Apaak to Akufo-Addo

Ghana Web
The Member of Parliament for Builsa South, Dr. Clement Apaak has taken a swipe at President Akufo-Addo over the claims levelled against him in the 27-paged response from the former Special Prosecutor, Martin Amidu.

The legislator says persons who claim the response from Martin Amidu lacks merit are doing a disservice to the President because he has been attacked and described as a corrupt president who has shielded his appointees from being prosecuted for allegations of corruption.

The MP said in any serious democracy, the president would have stepped down for bringing the presidency into disrepute.

Dr. Apaak said the former prosecutor raised serious allegations including interference of work, corruption, and a beneficiary of corruption.

He believes the good people of Ghana expect President Akufo-Addo to respond to the levelled issues and allegations levelled against him by Martin Amidu, the former Special Prosecutor.

To him, the veil of incorruptibility which covered the president has been unveiled and he stands exposed because he campaigned on corruption in 2016 which saw the former President, John Dramani Mahama, voted out even when the allegations against him were without merit and weight.

He was hopeful Ghanaians will vote the president out because keeping him in power, means it is an endorsement of thievery, mismanagement, and nepotism.

He added the corruption under Akufo-Addo is a family, friends, and cronies affair.

Mr. Amidu in his response said the president’s agenda to fight corruption was just mere rhetoric.

“I honestly and sincerely believed in the anti-corruption rhetoric of H. E. Nana Addo Dankwa Akufo-Addo “AS GHANA’S ANTI-CORRUPTION MOSES” when he was a Presidential candidate during the 2016 Elections as the best-committed person and last hope of Ghana to assist the fight against corruption. The President’s continued anti-corruption rhetoric and actions after winning the elections further convinced me that he needed every support to achieve his rhetorical vision as I stated in my memorandum to Parliament dated 6th September 2017 on the necessity for him to redeem his electoral promise to set up an independent anti-corruption entity. I had no reason at the time to doubt his word of honour to me that as an ethical lawyer the President will fight corruption without fear or favour, affection, or ill will."

"It was only when the President directed me through his Chief of Staff in the morning of 21st October 2020 in her office at 8:40 in the forenoon not to take any further steps on the Agyapa Royalties Limited Transactions anti-corruption assessment report until I met the President on Friday, 23 rd October 2020 that I was awoken to the suspected realization that the President’s holier than thou pontifications about fighting corruption did not extend to doing so without fear or favour, affection or ill will to cases in which the President’s ox is gored. I reported my concerns immediately thereafter to the late former President Emeritus Jerry John Rawlings who had always acted as a go-between, between the President and me in his Office in the presence of a surviving third party. Indeed, it was upon the former President Emeritus’ insistence that my mere presence as the Special Prosecutor contributed to reducing the rape of the public purse through corruption activities that I stayed in my position that long. He was the insurance for my independence of action."

"The demands made on me by the President when I met him in his Office on Friday, 23rd October 2020 to withhold any further action on the tax haven based Agyapa Royalties Limited anti-corruption assessment report convinced me instantly that he had laboured under the mistaken impression that I could be his poodle. The interfering demands made by the President on the performance of my functions as the Special Prosecutor is the only explanation for me telling the President immediately in his office that I did not intend to continue as the Special Prosecutor.”

In the 27-paged statement, Martin Amidu explained that “When I told the President on the 23rd October 2020 and on 1st November 2020 that he had no authority to usurp the functions of the Special Prosecutor it should have been clear to him that his interpretation had exceeded his authority under article 58(1) of the Constitution.”

“The unconstitutional assumptions made by the President constitute the very conduct exhibited for the first time to me by the President which convinced me beyond every reasonable doubt that he only looked like the innocent flower but is the mother corruption serpent under the Agyapa Royalties Transactions,” he said.

In another paragraph, Martin Amidu emphasised that “when I met the President on 23rd October 2020, I received the shock of my life when he demanded that I took no further action on the Agyapa royalties transaction anti-corruption assessment report for another week.”

“That was when it was divinely revealed to me that the President whom I trusted so much for integrity only looked like the innocent flower of anti-corruption but he was really the mother corruption serpent under the innocent-looking flower.”

You’re not our president – NDC to Akufo-Addo 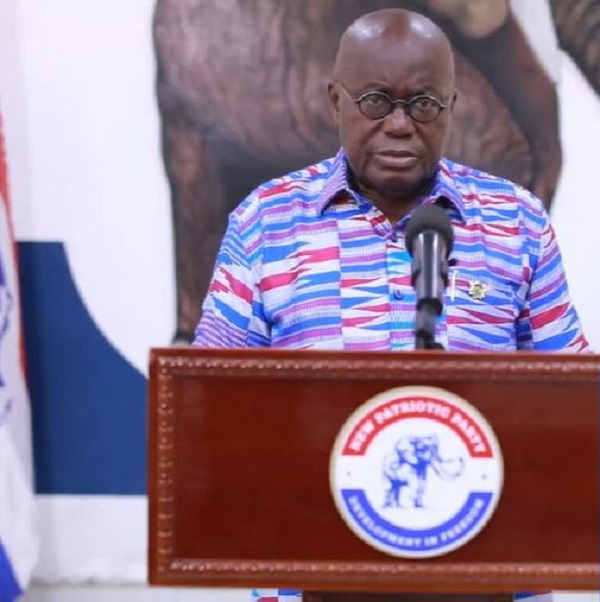 New variant of coronavirus not detected in Ghana - President Akufo-Addo 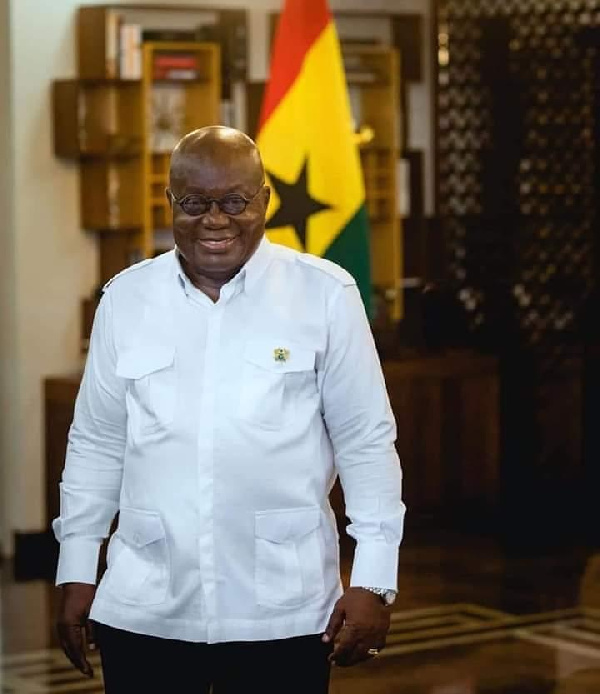