Hearts of Oak vs Asante Kotoko: The Accra Sports Stadium factor, who does the odds favor? 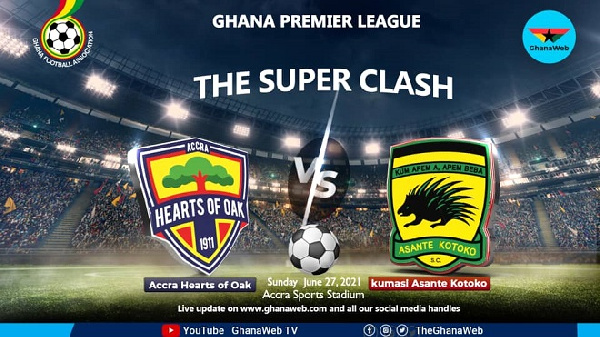 Hearts of Oak vs Asante Kotoko: The Accra Sports Stadium factor, who does the odds favor?

Ghana Web
Accra Hearts of Oak and Asante Kotoko are set to renew their rivalry in the Ghana Premier League on Sunday, June 27, 2021.

There is little to choose between the teams as the two most successful clubs in the history of the top-flight prepare to take center stage at the Accra Sports Stadium.

Their first-ever league meeting at ‘The Nations Wembley’ was played on 16th November 1958, which ended 4-2 in favor of Kotoko.

Since then, the iconic stadium has been the stage of so many memorable battles between the two giants of Ghana football.

Ahead of the Super Clash on Sunday, FootballMadeInGhana takes a look at all the data of the clashes between the sides at the 40,000 capacity edifice.

All matches played at the Accra Sports Stadium including friendlies since 5th September, 1954:

All league meetings in the Accra Sports Stadium

NB: Truncated seasons are not part.

W/R: Totobi Quakyi goes to the aid of Eno by funding road repair

The Emerging Roles Of MoE’s Agencies