“Balls in Danger”: You can survive Metastatic Prostate Cancer (1)

“Balls in Danger”: You can survive Metastatic Prostate Cancer (1)

So, are men wasting their resources and time on treatment that will not cure them, but renders the patient impotent? This is what they are telling us. The truth is that, there is no cancer that has not been survived by someone, regardless of how far advanced it was. That is why this article focuses on metastatic prostate cancer, and I want you to know the truth, or else someone said “You dey do yourself”

Andreas Moritz is a medical intuitive; a practitioner of Ayurveda, iridology, shiatsu, and vibrational medicine, a writer; and an artist. He is the author of the international bestseller, The Amazing Liver and Gallbladder Flush; Timeless Secrets of Health and Rejuvenation, Lifting the Veil of Duality, Cancer Is Not a Disease, It’s Time to Come Alive, Heart Disease No More, Diabetes No More, Simple Steps to Total Health, Diabetes—No More, Ending the AIDS Myth. Feel Great – Lose Weight, Heal Yourself with Sunlight, and Vaccine-nation: Poisoning the Population, One Shot at a Time, and has done extensive research on cancer and why you can survive it. I will be introducing you to his write up in this piece as we move on.

You can survive advanced prostate cancer. If even one person has succeeded in healing his cancer, there must be a mechanism for it, just as there is a mechanism for creating cancer. Every person on the planet has the capacity to do both, so do not be deceived, but seek the right information.

If you have been diagnosed with cancer, you may not be able to change the diagnosis, but it is certainly in your power to alter the destructive consequences that it (the diagnosis) may have on you. The way, you perceive the cancer, and the steps you choose to take, following the diagnosis, are some of the most powerful determinants of your future wellness, or the lack of it.

The indiscriminate reference to cancer as a killer disease by professionals, and lay people alike, has turned cancer into a disorder with tragic consequences for the majority of cancer patients and their families. Cancer has become synonymous with extraordinary fear, suffering, and death. This perception continues, despite the fact that up to 90-95 percent of all cancers can appear and disappear of their own accord.

Not a day passes without the body making millions of cancer cells. Some people, under severe temporary stress, make more cancer cells than usual. These cancer cells cluster together as tumors that will disappear again, once the stress impact has subsided, and after a healing response (as indicated by symptoms of illness) has been completed

However, people are generally not under severe stress all the time. Since the incidence of cancer rises and falls with the experience of severe stress, many cancers vanish without any form of medical intervention, and without causing any real harm. Accordingly, right at this moment, millions of people are walking around with cancers in their body, without having a clue that they have them. Likewise, millions of people heal their cancers without even knowing it. Overall, there are many more spontaneous remissions of cancer than there are diagnosed and treated cancers.

The New York Times published an article in its October 2009 issue, page D5, that certainly raised some eye-opening questions in view of facts that have become highly inconvenient for advocates of the cancer business. The article, written by Gina Kolata, is entitled “Cancers Can Vanish Without Treatment, but How?”

In the article, Kolata points out that the arrow of cancer was supposed to point in one direction, like the arrow of time, that is, to grow and worsen. In October 2009, a paper published in The Journal of the American Medical Association noted that “data from more than two decades of screening for breast and prostate cancer call that view into question.”

More sophisticated screening technologies find many small tumors that would not cause a problem if they were left alone, undiscovered by screening. These tumors are as dormant and harmless as small scars on the skin. As the paper concedes, these tumors were destined to stop growing on their own or shrink, or even, at least, in the case of some breast cancers, disappear.

“The old view is that cancer is a linear process,” said Dr. Barnett Kramer, associate director for disease prevention at the National Institutes of Health (NIH).”A cell acquired a mutation, and little by little it acquired more and more mutations. Mutations are not supposed to revert spontaneously.”

Until recently, cancer researchers and doctors alike have falsely assumed (and projected their assumption as scientific fact), that cancer results from cell mutation (alteration of the genetic makeup of the cell), which then takes on a life of its own. However, the leading edge of cancer research points toward the discovery that uncontrolled and senseless cancer cell division does not take place all.

As Dr. Kramer points out, it is becoming increasingly clear that cancers require more than mutations to progress. They need the cooperation of surrounding cells and even, he said, “the whole organism, the person, whose immune system or hormone levels, for example, can squelch or fuel a tumor.”

This makes cancer, Dr. Kramer said, “a dynamic process.” His statement obviously raises an important question. Why would the entire body, including the brain, nervous system, immune system and endocrine system, as well as the personality and all the cells surrounding a cancer, support its growth? The answer is both fascinating and encouraging.

As the title of this book proposes, cancer is not a disease at all, it rather is a healing mechanism. The entire body supports the growth of a cancer so long it is in its best interest. Once the cancer no longer serves a purpose and the healing is complete, it either disappears or moves into a dormant, harmless state.

The new view that cancer does not take a predictable path, i.e., from mutation to disease, was difficult for some cancer doctors and researchers to accept. But apparently, more and more of the skeptics are now shifting gear and acknowledge that, contrary as it seems to everything they had thought, cancers can in fact disappear on their own.

One of the converts is Dr. Robert M. Kaplan, the chairman of the department of health services at the School of Public Health at the University of California, Los Angeles. “At the end of the day, I am not sure how certain I am about this, but I do believe it,” said Dr. Kaplan. He added, “The weight of the evidence suggests that there is reason to believe.”

Still another cancer specialist, Dr. Jonathan Epstein at Johns Hopkins University, says that disappearing tumors are well known in testicular cancer. According to Dr. Epstein, during an operation on a man’s testicle, a surgeon may just find scar tissue in place of a large diagnosed tumor.

The growing evidence that cancers can go backward or stop is now undeniable, and researchers are left with no other choice than to reassess their notions of what cancer really is and how it develops. Still, in my opinion, unless they recognize that cancer is a healing mechanism orchestrated by the entire organism to correct an underlying imbalance, they will continue to search for ways to fight cancer instead of supporting it through the healing process. This, however, requires trust in the body’s wisdom, not suspicion that the body is faulty or broken.

The newly made discovery that cell mutation alone cannot cause cancer but must be supported by surrounding cells and the entire organism, speaks for itself. I have always viewed cancer as a friend of the body who assists it during turbulent times. Certainly the body seems to treat cancer as a friend, not an enemy. I believe that we should do the same.

In her article, Kolata writes about a fascinating statement made by Thea Tlsty, a professor of pathology at the University of California, San Francisco, and one of the world’s most distinguished cancer researchers. Dr. Tlsty says that cancer cells and precancerous cells are so common that nearly everyone by middle age or old age is riddled with them. That was discovered in autopsy studies of people who died of other causes, with no idea that they had cancer cells or precancerous cells. They did not have large tumors or symptoms of cancer. “The really interesting question,” Dr. Tlsty said, “is not so much why do we get cancer as why don’t we get cancer?”

In the same background, let me ask this question: “Why do some people feel sick when they have cancer while others who also have cancer live completely normal, healthy lives?” I will clarify this crucial topic. Kolata raises yet another curious point: “The earlier a cell is in its path toward an aggressive cancer, researchers say, the more likely it is to reverse course. So, for example, cells that are early precursors of cervical cancer are likely to revert. One study found that 60 percent of precancerous cervical cells, found with Pap tests, revert to normal within a year; 90 percent revert within three years. Doesn’t this show a different trend than previous proposed by cancer theorists?”

Of course, this prompts the question whether it is in fact better to leave many cancers untreated, so that they may either go into dormancy and become harmless, or disappear on their own. For many decades, doctors and health agencies have been pushing the agenda of early detection on the general population with claims that it is vitally important to catch cancers at an early stage.

They argue, this allows for better and more successful treatment. However, once again, their assumptions may have been wrong all along.

Kolata further explains that “the dynamic process of cancer development appears to be the reason that screening for breast cancer or prostate cancer finds huge numbers of early cancers without a corresponding decline in late stage cancers.”

In other words, discovering so many extra cancers through new and better screening methods has not reduced the incidence of advanced cancers. This clearly contradicts the assumption which asserts that early detection, which normally leads to early treatment, has any overall preventative or cancer incidence-reducing benefits. It also implies that many cancers are better left alone. This prompts the hypothesis that many early cancers go nowhere. With regards to breast cancer, there is indirect evidence that some actually disappear. Screening for breast and prostate cancers has clearly failed to reduce occurrence.

For good reason, Johns Hopkins now offers men with small prostate tumors an option of an “active surveillance,” instead of having their prostates removed or destroyed. In the rare case that the cancer grows bigger, they can still have it removed. However, the frightening diagnosis of having prostate cancer discourages most men from going this route of wait and see. “Most men want it out,” Johns Hopkins’ Dr. Epstein said. I credit the decades of senseless fear-mongering by medical professionals and the quick-fix obsession among patients for this unfortunate situation. 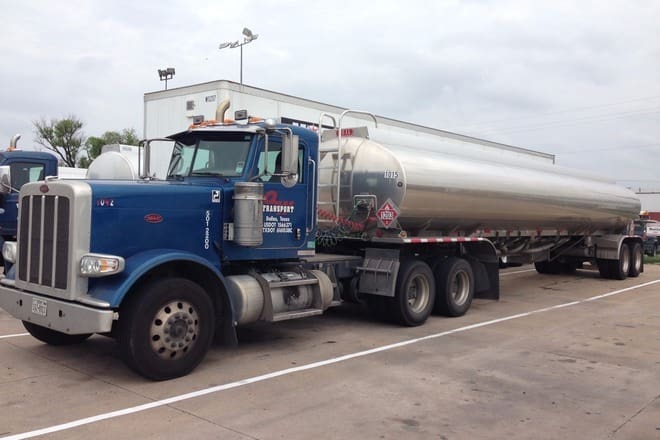 Women with breast cancer at higher risk for other cancers 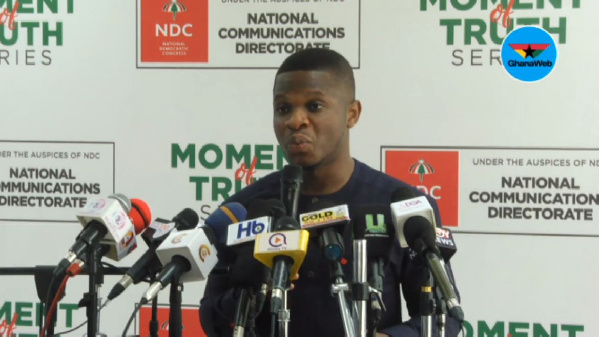 I survived breast cancer, but my daughter didn't - Priscilla Enninful