Trump vows ‘we will be back’ as he leaves office 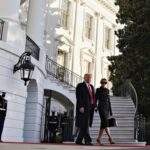 Trump vows ‘we will be back’ as he leaves office

Donald Trump has vowed he will be “back in some form” after departing the White House for the final time as president.

He told supporters as he prepared to fly to Florida that it had been “a great honour to be your president”.

He is the first president to snub his successor’s inauguration since 1869 but did say: “I wish the new administration great luck and great success.”

Joe Biden will take the oath of office by noon (17:00 GMT) in Washington amid heavy security.

Some 25,000 troops will guard the inauguration ceremony following a deadly riot by pro-Trump supporters at the Capitol earlier this month.

Mr Trump delivered his final speech as president at Joint Base Andrews in Maryland, after flying there from the White House with First Lady Melania Trump.

In a typically unscripted speech, he highlighted his “amazing” achievements, citing job creation, the establishment of a “Space Force”, policies for veterans and on taxation, as well as the speedy development of Covid vaccines.

He urged people to be “very, very careful” about the “horrible” pandemic and paid respects to those who had suffered.

He added: “It’s been a great honour and privilege to be your president… I will always fight for you. I will be watching. I will be listening.

“I wish the new administration great luck and great success. I think they will have great success. They have the foundation to do something really spectacular.”

But, as with his farewell video address on Tuesday, he did not mention Mr Biden by name.

Mr Trump added: “Goodbye. We love you. We will be back in some form. Have a good life. We will see you soon.”

He also paid tribute to his Vice-President Mike Pence, who was not at Andrews, having chosen instead to attend the inauguration ceremony.

Mr Trump will be the first president not to attend his successor’s inauguration since Andrew Johnson snubbed Ulysses S Grant in 1869.

He is now flying off to begin post-presidential life at his Mar-a-Lago golf club in Palm Beach.

In his last hours, Mr Trump granted clemency to more than 140 people, including his former adviser Steve Bannon, who was facing fraud charges. -BBC

The post Trump vows ‘we will be back’ as he leaves office appeared first on Ghanaian Times. 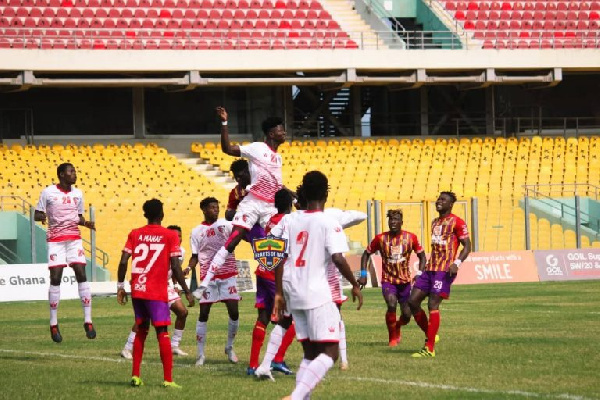