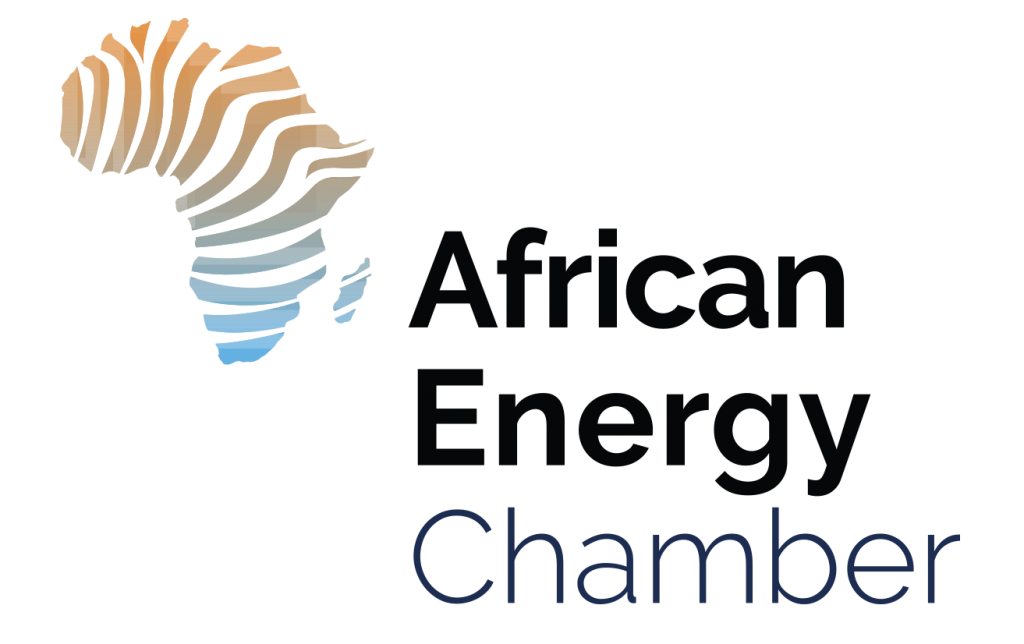 By NJ Ayuk, Chairman of the African Energy Chamber (https://EnergyChamber.org/)

Oil and gas in Africa especially the central African region is just starting to hit its stride, OPEC Secretary General H.E. Mohammed Barkindo, told a meeting of major oil companies a few months ago, and the future is especially bright in sub-Saharan Africa.

“With a significant portion of the African population still lacking access to electricity and clean cooking solutions, the role of IOCs and national oil companies has been emphasized,” he said. “The time for oil and gas in Africa is just beginning, as hydrocarbons provide the best solution for Africa’s energy development and transition.” He concluded.

Barkindo has it right, and it’s natural that at this gathering he would spotlight the critical role of large, well-known companies over supporting players. But we shouldn’t overlook the contributions of another sector of the industry: the oilfield services companies (OFS) who help keep upstream oil and gas moving forward — and drive job creation and entrepreneurship in the process.

This message was emphasized over and over during the CEMAC Energy and Business Forum in Congo Brazzaville, an OPEC member and important oil producer in Africa. I was honored to be invited by H.E. Bruno Itoua, Congo’s Petroleum Minister and H.E. Gabriel Mbaga Obiang Lima of Equatorial Guinea.

Listening to the so many businesses talk about their challenges and the god work they do serving the oil and gas industry, reminded me of their importance to the industry and local economies. That’s why a section of the African Energy Chamber’s 2022 Africa Energy Outlook is devoted to the OFS market and opportunities in the near term and through the energy transition. Published this month, the report covers myriad topics of interest to stakeholders navigating the African oil and gas environment, from discussions about free cash flow and the effects of COVID-19 to how gas-to-power initiatives can provide economic opportunities while being the linchpin of an Afro-centric energy transition.

Oilfield services include activities such as engineering and procurement, well construction, drilling, seismic data, subsea vessels — and so much more. In fact, because of all the products and services needed to support the oil and gas industry, OFS generates jobs worldwide, including in Africa. As GSDRC, a partnership of research institutes, think-tanks, and consultancy organizations, noted, when oil companies buy goods and services from in-country suppliers and contractors (often as a result of local content mandates), it triggers a multiplier effect. Those companies employ people and buy goods and services of their own, ultimately leading to an impact that is far greater than direct employment. Service activities tend to be labor-intensive, meaning there are plenty of jobs to fill, and most of them require only basic skills. Some service companies aren’t technical at all: consider businesses like Kussema Lda. The Mozambican company run by Dita Mpfumo Honwana supplies uniforms, cleaning services, and catering to the natural resources sector. This is the same like Alfredo Jones’s Aldulco, Pablo Memba’s Equatorial Resources, Bay Matrix in Equatorial Guinea or Patrocle Petridis’s team at SCLOG or many of the SNPC’s subsidiaries service the oil and gas industry. Lets not forget the big international service companies like Schlumberger, Baker Hughes, Halliburton, Oceaneering, Frank’s International and many others. They provide a lot of jobs to the local economy and drive growth.

All in all, jobs like those provide a stepping stone for additional training and even greater employment.

And, as we all know, without more jobs, Africa's future is in peril. Currently, unemployment is not only on the rise, but also increasing at a record clip. The Africa Development Bank warned prior to the pandemic that at the current rate, 100 million young Africans will be unemployed by 2030. It’s easy to imagine how much worse things are now, and it’s no wonder respondents to a survey conducted by Forbes Job and Djembe Communications said jobs were more important than eradicating corruption, health and sanitation, or political stability, among other issues.

Right now, the future is a little bit hopeful. Oil has hit a new high, the oil and gas industry is coming back to life, and energy projects in Africa, particularly those associated with the growing liquefied natural gas (LNG) market, are expected to boost employment in OFS and the industry at large. I believe it will be great if Cameroon, Gabon, Equatorial Guinea and Congo fast track the implementation of their gas monetization plans. There has been too much talk and I think citizens was to see action through implementation. The African Energy Chamber’s job is to support also be bold enough to hold leadership accountable.

As closely tied as OFS is to the upstream oil and gas industry, it’s no surprise that their fortunes are intertwined, or that 2020 was not the best year in OFS history. Revenues were roughly half what they were in 2014, when the OFS industry was valued at $80 billion.

Today, though, the forecast is optimistic, according to the 2022 Africa Energy Outlook, especially as the continent bounces back from the turmoil of the pandemic and countries such as Mauritania/Senegal, Mozambique, and Nigeria act upon their LNG aspirations. The world needs African LNG — global LNG demand could rise 14% by 2025 from 2020, according to Bloomberg — and to reach its full potential, African LNG will need indigenous workers to fill jobs in every facet of OFS. Equatorial Guinea, Cameroon and Congo need to act fast and resist the temptation for being comfortable or will be left behinds. We need to drop the Big Ego’s and move. Get rid of the Job Killing and Anti-energy BEAC forex regulations will be a start and send the right signals to service companies.

There is hope, particularly promising is the EPCI segment, which includes engineering, procurement, construction, and installation. The 2022 Africa Energy Outlook predicts EPCI will “grow significantly on the back of LNG project construction awards.” In fact, By 2025, annual revenues should reach $43 billion.

Among those projects are Mozambique's Coral South Floating LNG (FLNG) and NLNGSevenPlus in Nigeria.

The first project offshore of Mozambique, Coral South FLNG using a floating LNG plant with a capacity of 3.4 million tonnes linked to six subsea wells. All of its production is already committed to BP. NLNGSevenPlus — Train 7 of the LNG project developed by the Nigeria National Petroleum Corporation (NNPC) and joint venture partners Royal Dutch Shell, ENI, and Total — will add considerable capacity to Nigeria’s LNG output and make it even more competitive in the global marketplace.

In addition to these and other LNG projects, including Mozambique LNG, which is temporarily on hold as a result of nearby insurrections, onshore oil projects in Uganda are also bolstering the EPCI segment. Maintenance services are also on the upswing as onshore projects in Algeria and Libya come back online.

If there is a soft market for OFS in Africa, it is in drilling. That’s largely due to two factors: oil price volatility and the increase in gas projects, which are less drilling intensive.

In general, though, OFS is benefiting from the post-pandemic return to activity. As the market continues to recover and evolve, we’re likely to see OFS restructure for long-term growth, become more sustainable, and diversify to meet additional opportunities in alternative energies.

That means they’ll be creating jobs for Africans for years to come.

Distributed by APO Group on behalf of African Energy Chamber.

Somalia elections 2021: Why are they important for Africa?

2 important tips for marketing strategy in 2022 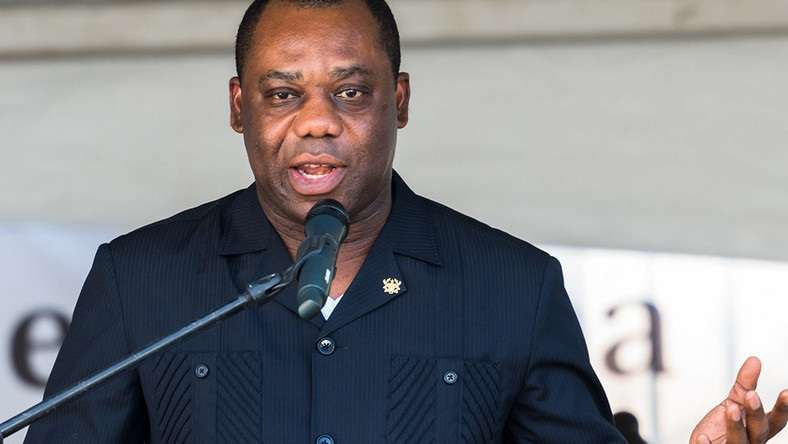 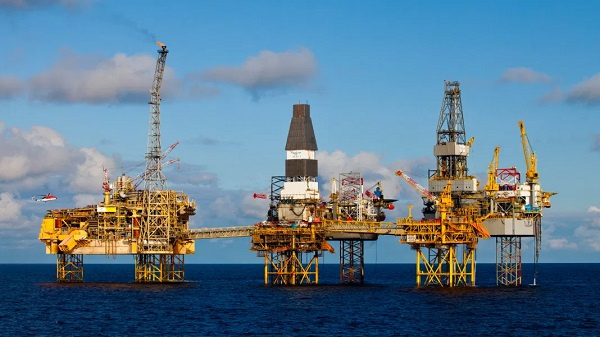 More jobs for Ghanaian youth in the energy sector