New Assembly, Unit committee members sworn in across the country 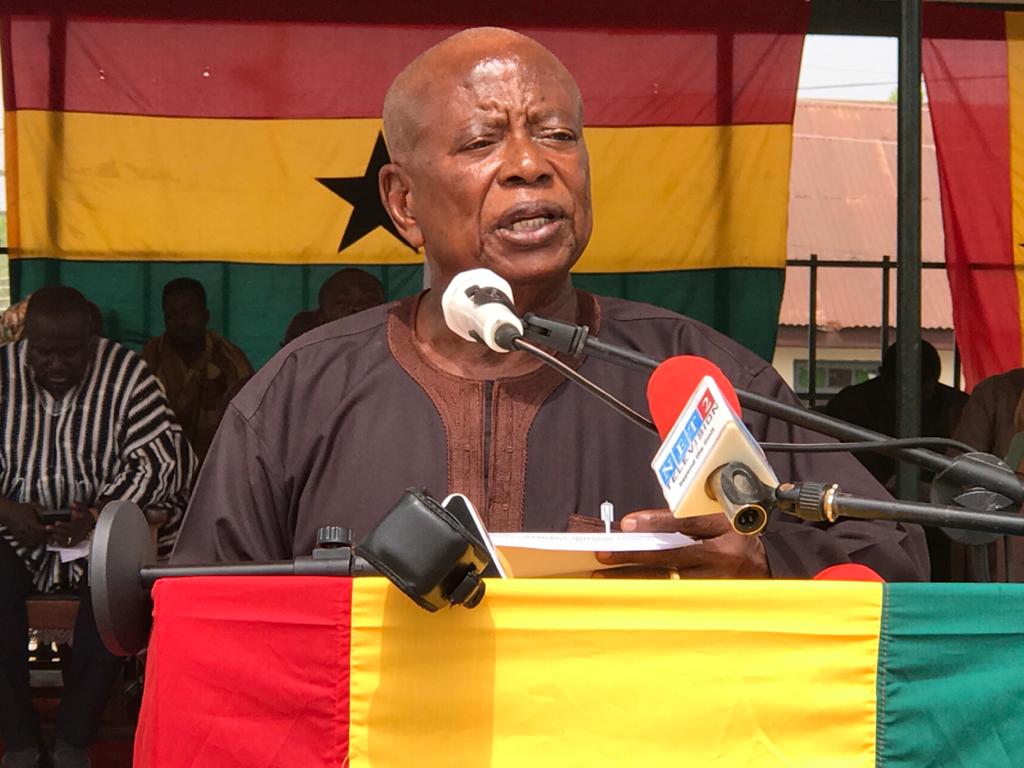 New Assembly, Unit committee members sworn in across the country

Newly elected District, Municipal and Metropolitan Assembly members across the country are being sworn into office today.

They were elected in December 2019 and will serve a four-year tenure in line with constitutional provisions.

There are 25 assembly members, 17 of whom are elected and eight which are appointed by the government.

The new members received varying words of encouragement from different officials which urged new members to strive for unity and uphold the law.

Lt. Gen Rtd. J.B Dankwah a Member of the Council of State urged the new members in the New Juaben South Municipality to work hand in hand with the assembly to help mobilise and improve internally generated funds.

Speaking on behalf of President at the inauguration, Lt Gen JB Dankwah called on the members to also work with relevant institutions to avoid flood-related deaths and disasters.

“As you are sworn in today, work with your assemblies to ensure compliance with the building rules and regulations on the zoning and development of lands and ensure that lands are developed according to approved plans and designated land use to avoid flooding and accompanying loss of lives and property”. 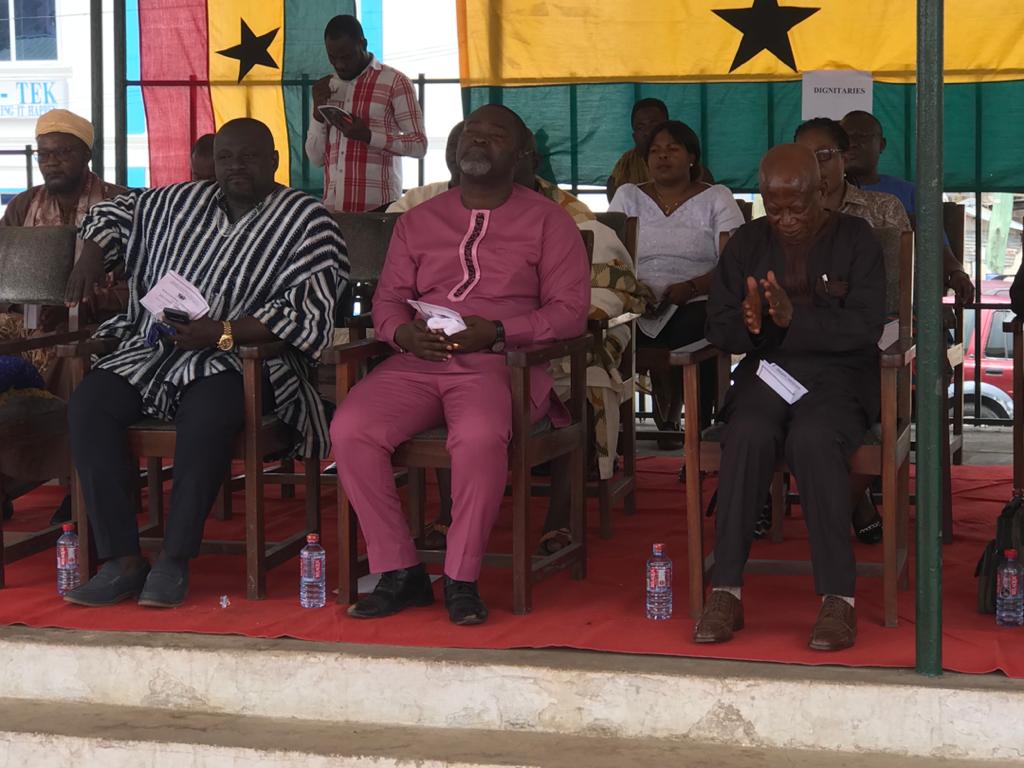 Reading a speech on behalf of the President at the inauguration for assembly members within the Kumasi Metropolis, minister for parliamentary affairs, Kyei Mensah Bonsu also entreated the assembly members to play a key role in making government policies successful.

Government also urged the assembly members to strategize to help raise enough internally generated funds for the assemblies.
“Ladies and Gentlemen, one major function of the assembly is to explore avenues for the creation of employment for people, particularly the youth. Thankfully, the Kumasi Metropolitan Assembly has a huge competitive advantage in achieving this in the service industrial and commercial sectors. These sectors have the capacity to generate employment for our teaming youth. As an assembly, we must work towards a diversified economy with strong linkages to industry and markets to generate employment and address poverty not only in Kumasi but as well in Ashanti and by extension in Ghana”.

Meanwhile, inauguration of the Ho West District Assembly has been temporarily postponed following tensions that erupted at Dzolo Gborgame yesterday. The youth of the town went on rampage yesterday when their colleague was run over by the District Assembly Revenue Mobilization van. The Volta Regional Minister, Dr Archibald Letsa on his visit to the community announced the postponement

“So, the Ho West District Assembly inauguration will not take place today because of what happened yesterday, I’ve asked the community to allow us to do it tomorrow so that we can get all this done before the end of the week. So hopefully we shall do the clearing for the inauguration tomorrow”.

Newly sworn-in assembly members of the Bongo District Assembly in the Upper East Region have been admonished to desist from promising their electoral areas of developmental needs beyond their capacity but rather work in synergy with the assembly to propel development in the area.

Unlike other political positions where officeholders has a source of funding to execute promises they make to constituents, assembly members has no or very little capacity to deliver on promises without funding sources.

Speaking at the inaugural ceremony of 37 elected assembly members and 30 government appointees in Bongo, District Chief Executive Peter Ayinbisa admonished assembly members to properly engage community members in their electoral areas for their urgent needs to attract government support for holistic development of the area.

The newly sworn-in assembly members of the Nanumba North Municipality in the Northern Region have been tasked to take advantage of government efforts through the local government and rural development ministry to enhance internally generated fund (IGF) of the assembly.

At the inaugural ceremony in Bimbilla in the Nanumba North Municipality, the deputy minister for tourism, Dr Ziblim Iddi encouraged the assembly to take advantage of the automatic and other innovative system develop by the local government and rural development ministry by adopting street naming and the property addressing system, GPS to improve the IGF of the assembly.

He called on the assembly members to ensure compliance with the building rules and regulations on the zoning and development of land to ensure that lands are developed according to approve plans to avoid flooding, loss of lives and property.

He further charged the Nanumba North Municipal assembly to use its bye-laws to enforce compliance in sanitation management and environmental health standards to ensure a clean and healthy environment.

The Municipal Chief Executive for the area, Abdulai Yaquob urged the current assembly members to do away with superficial issues like political, chieftaincy and ethnicity that have the tendency of dividing them but to rather work towards consensus building and partnership.

He said the assembly has tried over the years to abstain from being dragged to the protracted Bimbilla chieftaincy dispute.

He, therefore, urged the current members to move along the safe path by engaging in activities and exercises that would uplift the name of the assembly. He admonished them to be United to ensure peace in the Municipality.

Inauguration of Assembly members of the Ayawaso East Municipal Assembly which was scheduled to take place today has been postponed.

This follows a disagreement between members of the two main political parties, the New Patriotic Party and National Democratic Congress over the number of government appointees to be added to the elected assembly members.

Speaking to Citi News, the Assemblyman elect of the Nima 441 electoral area, Baba Alhaji Nuhu, says the opposing group will not renege on its stance till all stakeholders involved have reached a consensus on the exact number of government appointees to be added to the committee.

No room for the dead – various morgues across the country full

Some Kumasi assembly members working to get support for vulnerable

Massive Clean Up Exercise Across Accra 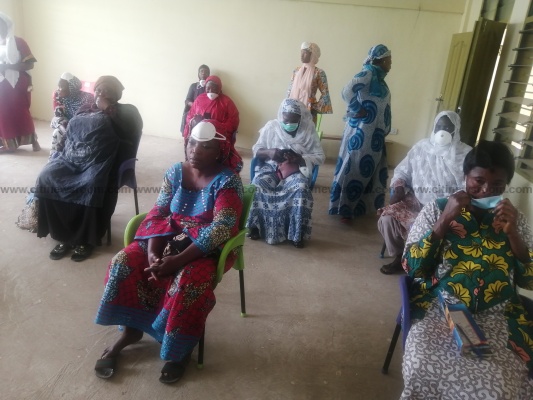