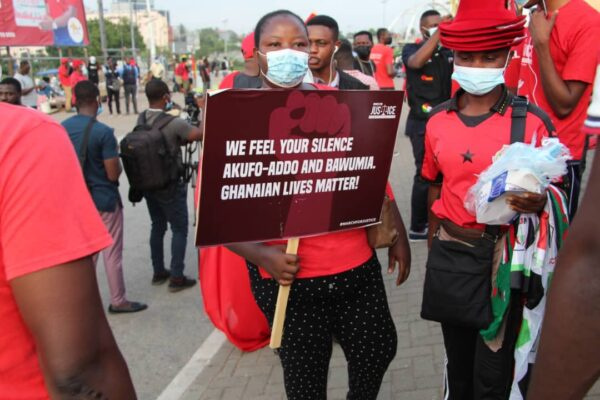 Ghana Web
The National Democratic Congress (NDC) has presented its second petition to the leadership of Parliament following a five-hour march on Tuesday, July 5 to demand justice for the atrocities cause by the security agencies under the current government.

The first petition was presented earlier to President Nana Addo Dankwa Akufo-Addo, on whose behalf a Deputy Chief of Staff, Emmanuel Adumua-Bossman, took it at the Jubilee House.

Speaker of Parliament Alban Bagbin was absent and so leadership of both the Majority and Minority was at hand to receive the petition.

Leader of the protest George Opare Addo, who is also the National Youth Organiser of the largest opposition party, has warned that further action will be taken if the demands contained in the petition are not met.

“The demonstration is one of many options that is available to us,” he told TV3's Komla Adom after presenting the petition to the leadership of Parliament.

“This is the first step and subsequently if nothing happens, we will advise ourselves and take other measures that will compel this government to keep to the oath of office that they swore to us.”

Stampede at Parliament gate as NDC protesters struggle to enter

There was stampede at the entrance to the Parliament as protesters of the March for Justice demonstration by the NDC clashed with security officers.

There was a clear disregard for the social distance protocol on Covid-19 as the organisers made their way to the legislative assembly to present a petition to the Speaker of Parliament, Alban Sumana Kingsford Bagbin.

The National Democratic Congress (NDC) has presented its petition to the Presidency as scores of supporters marching in Tuesday’s protest head to Parliament House.

Dubbed ‘March for Justice’, the protest is demanding justice for families who have lost relatives as a result of “state-sponsored thuggery” – as the NDC puts it – in the hands of the police and military under the current administration.

It is under the auspices of the Youth Wing of the party.

It was received at the Jubilee House by a Deputy Chief of Staff, Emmanuel Adumua-Bossman.

Some of the protesters shared their concerns on the motivation to join the demonstration.

Member of Parliament for Buem Constituency and a former National Organiser of the NDC Kofi Iddie Adams also stated reasons he joined the street protest.

Many supporters gathered at the converging point for the demonstration, which will culminated in two petitions presented to the President, first, and then the Speaker of Parliament.

Some of the placards captured from the grounds mentioned some of the victims of
the recent police-cum-military brutalities: ‘Abdallah Ayaric deserved to live’, ‘#We are all Kaaka’, among others

Security forces were also on the ground to provide the necessary security for a peaceful protest. 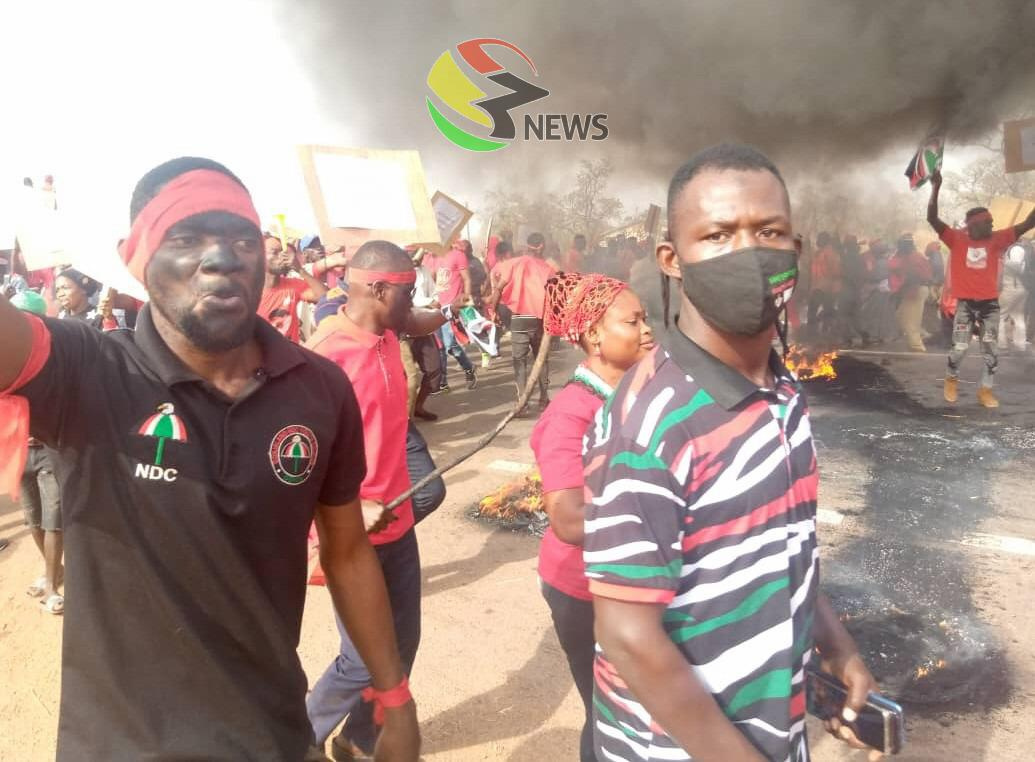 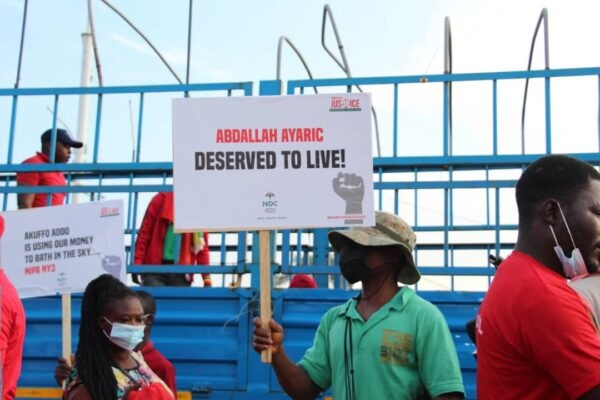 ICYMI: All what happened at #FixTheCountry demo