Capital UT, How low can we go?

Capital UT, How low can we go?

When news broke that Capital Bank and UT Bank have been taken over by GCB Bank (Ghana Commercial Bank), some Ghanaians started some form of celebration, which I found very disgusting.

Two Ghanaian-owned banks have gone down under, and we find people happy, with even a section of Christendom praising God and attributing reasons why UT Bank, for instance, was closed down. Going viral on social media was a picture of the business magnate, Prince Kofi Amoabeng, who owned and built the UT financial empire, against a statement he was alleged to have made that he does not believe in tithing, and, therefore, does not pay tithes. Adding that only fools give their money to pastors in the name of tithing. Three years later, after that ignoramus statement, his UT empire was on the verge of collapse. In that text, he was advised not to outsmart God, for he was not wiser than Him, and that tithing is not a favour you give to God, but it is an obligation and debt you owe Him. He was mocked that it is only fools who do not pay tithes.

This piece was first sent to me by a pastor relative of mine, and since it was in a narrative first person tense, I thought he was the one making the statement. It was later that the same narrative came around from other sources.

Let me make my points on two issues before I give my opinion on tithing.

Some people expressed shock as to how high-flying banks like Capital and UT banks could suddenly go down without notice. This is a rare, but natural phenomenon in the financial world. One wrong decision made, one policy implemented out of place could bring down the fortunes of the wealthiest financial institution overnight. A bank with shares on the stock market worth GH¢5,000 a share could wake up the following morning to find its share go down to GH¢ 1.00 or even less, and worth nothing. The bank could have invested heavily into a big promising project which suddenly collapsed, and this could cause panic selling among shareholders.

Something, and anything at all, could even trigger depositors to withdraw all their money, and with that, a healthy bank could go down. Do we remember Meridian BIAO?

Even loose statements made by politicians, especially, top government officials, can directly affect the fate of financial institutions. Check the results of the Saturday August 11, 1984 joke but loose talk made by US President Reagan on the bombing of the USSR and its effect on the US money market.

Secondly, it is very sad if we do not support Ghanaian businesses and hope they only collapse, since it is the Ghanaian-owned private sector that can revamp the economy. Mind you, the foreign-owned businesses and industries will mandatorily repatriate money to their home countries, monies in the billions of dollars a year, which could have made a huge impact on our economy if they were retained here.

Apart from our huge patronising of foreign goods and services, however inferior, thus not making our local indigenous businesses grow, we are also fund of bringing enterprising ones down.

Retailing, for example, takes a huge chunk of the financial activities in any country, because retailing is the only outlet through which goods and services can reach the consumer. In Ghana, a larger percentage of organised retailing is in the hands of foreigners. We had a fast-growing indigenous retailing company, A-Life, but some Ghanaians in high places made it collapse. Top bank officials and other financial service providers capitalised on some loopholes, and, like predators, they attacked the financial system of A-Live and ate it up alive.

So, today, instead of us having many more indigenous retail service providers, we are rather completely eclipsed by foreign businesses in a country where the government is still the largest employer and pays out the highest wages and salary bills. What could be left to boost up the economy is also largely and mandatorily repatriated to foreign lands.

Ghanaians are also fronting for foreign businesses, by posing as owners for them to be duly registered, after which they receive a pittance, compared to large sums of money fleeced out of our nation.  And Ghanaians applaud them.

Some foreign businesses come to collapse our eco-system by way of illegal and unregulated mining, and Ghanaians gleefully support the idea, by protecting and joining them.

The financial sector in Ghana has more of foreign-owned than Ghanaian-owned institutions. And if the few that we have are going out of business, we do not raise concern and see how they can be protected, but rather applaud and blame the owners for some statement we claim they made about tithing, which spites God.

One habit about these founders, owners and members of New Religious Groups is that they will always find a way of twisting God’s word to their advantage.

Tithing, according to God’s command, is not what is being practiced today. I wonder how come Christians who claim to know and believe the Whole Word of God cannot see or read exactly what God said about tithe and tithing.

Firstly, tithes are meant for two categories of people, namely 1). the priests who have no inheritance in the land, and this is a reward for the work they perform in service to God. (Numbers 18:21,24), and 2). For the have-nots in the community (Deuteronomy 14:28-29). The Word of God was emphatic in Nehemiah 10:38 that the priests are to take only a tenth of the tithes for themselves.

Tithing is on the produce of the land: fruits, grains, sheep, goats etc., etc. The beauty of tithes is that you give back to God part of what He gave you, and you do this by taking care of those who do not have access to any form of income.

What do we have here today? Pastors, founders and leaders of some Christian churches have made tithe very obligatory for their followers. These pastors, who, unlike the Old Testament priests, have other source of income, even apart from paying themselves fat salaries from the offerings from the congregation, they still demand tithes to continue to feed fat at the expense of the poor and needy in their churches.

Some of these pastors do public work and are civil and public servants earning salaries. Some own mega businesses and industries, like schools, financial institutions and what-have-you. Yet, these so-called men and women of God will place so great an emphasis on the spiritual need of tithe and tithing, reminding their congregation that God rewards those who pay tithes.

A video clip on social media had someone who looks like Eastwood Anaba preaching a new dimension of tithing, and going against God’s command that tithe should be ten per cent of one’s income. He suggested tithes to be upgraded to fifty per cent of one’s income. He supported this new demand by saying that the Old Testament priests did nothing, but only “chopped” the tithes, while modern day priests have a lot to do and bills to pay that required money, so he decided it was about time to take away from Sacred Scriptures and add his own thoughts, which is against God’s warning and in violation to His Word, as recorded in Deuteronomy 4:2 and 12:32; Proverbs 30:5-6 and Revelations 22:18-19.

So, if a church member pays fifty per cent of his income as tithe, and is also obliged to make handsome offerings and contribute to church projects and programmes, how much will be left for body and soul, and to take care of family needs?

These days, some men and women of God are using God’s Word to exploit the very poor and needy God instructed them to take care of. They are what can be called Modern Pharisees who have effectively twisted Holy Scriptures for their own selfish and parochial interests. And the “Prince Amoabeng” clip would surely be used by such pastors to warn their congregation about the dangers of not paying tithes.

All said, if, indeed, he said those things he was being honest and frank because of the gross abuse of tithes in these times. He could be in God’s Good Books because of more charitable works he is doing by way of helping the poor and needy. One is the establishment of the financial empire which employed people who could have been jobless, and putting food on the plate of families.

This is what some good Christians are simply ignoring. Tithe, and tithing is not the only way to show love to God and humankind, but, most importantly, giving to God from your heart in any way, is more appreciative and acceptable in the sight of God (St. Mark 12: 41-44).

Having stated this bit about tithes, one needs to also look at the way some Ghanaians jubilate whenever a fellow Ghanaian loses out on something. Pastor Mensah Otabil and Prince Amoabeng had succeeded in putting money in the pockets of people, by way of employing them, and thus, their families had decent accommodation, adequate food daily and school fees, hospital and other bills are settled without sweat. Now, if GCB decides to restructure and lay off workers who come from the two newly-acquired banks, what happens to the families; and what happens to the children and their future? Has anyone considered that?

Those rejoicing should bow their heads down in shame and stop making mockery of these true and selfless gentlemen who contributed immensely to help make this country a better place.

Are we serious about the development and progress of this country? Or would we rather sell her out by inviting foreigners to destroy our eco-system by poisoning our water bodies and farm lands, all in the name of searching for gold? And would we tolerate foreigners who set up retail outlets and put our ladies’ faces into hot pepper puree and say it was all a mistake?

Maybe, we ourselves are a Big Mistake, because we are destroying where God has put us and what He has put in us, and we think we are serving Him loyally.

When news broke that Capital Bank and UT Bank have been taken over by GCB Bank (Ghana Commercial Bank), some Ghanaians started some form of celebration, which I found very disgusting. Two Ghanaian-owned banks have gone down under, and we find people happy, with even a section of Christendom praising God and attributing reasons […] Read Full Story
Advertise Here contact ads[@]ghheadlines.com
Related Items Features Other News
Features 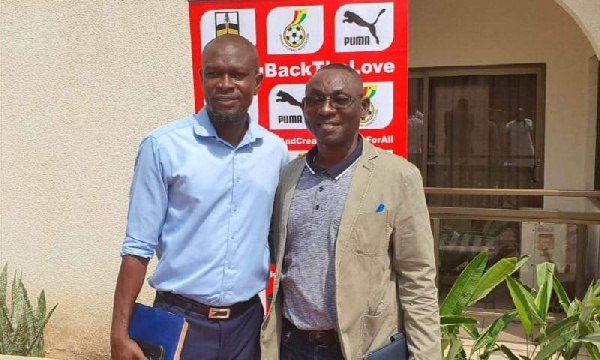 How can Boris Johnson run the UK while suffering from coronavirus?

We can defeat coronavirus if we are united – Akufo-Addo 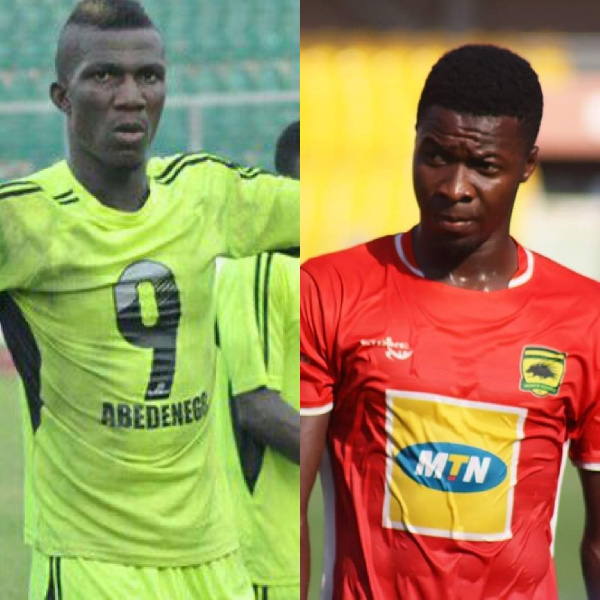